Getting good help is always a problem whether in the real world at the store or repair shop, or in the fictional world. Kenny Rogan and Big Jim Lawson were supposed to go get a brief case from a man known as Half Pint Harry Hebb. Now, his name could be changed to Brainless Half-Pint Harry Hebb as Big Jim just used a sawed off shotgun to permanently change the man’s cognitive skills in a highly negative way. While Big Jim considers the matter “a little accident” Kenny vehemently disagrees and understands the catastrophe that has befallen the duo. 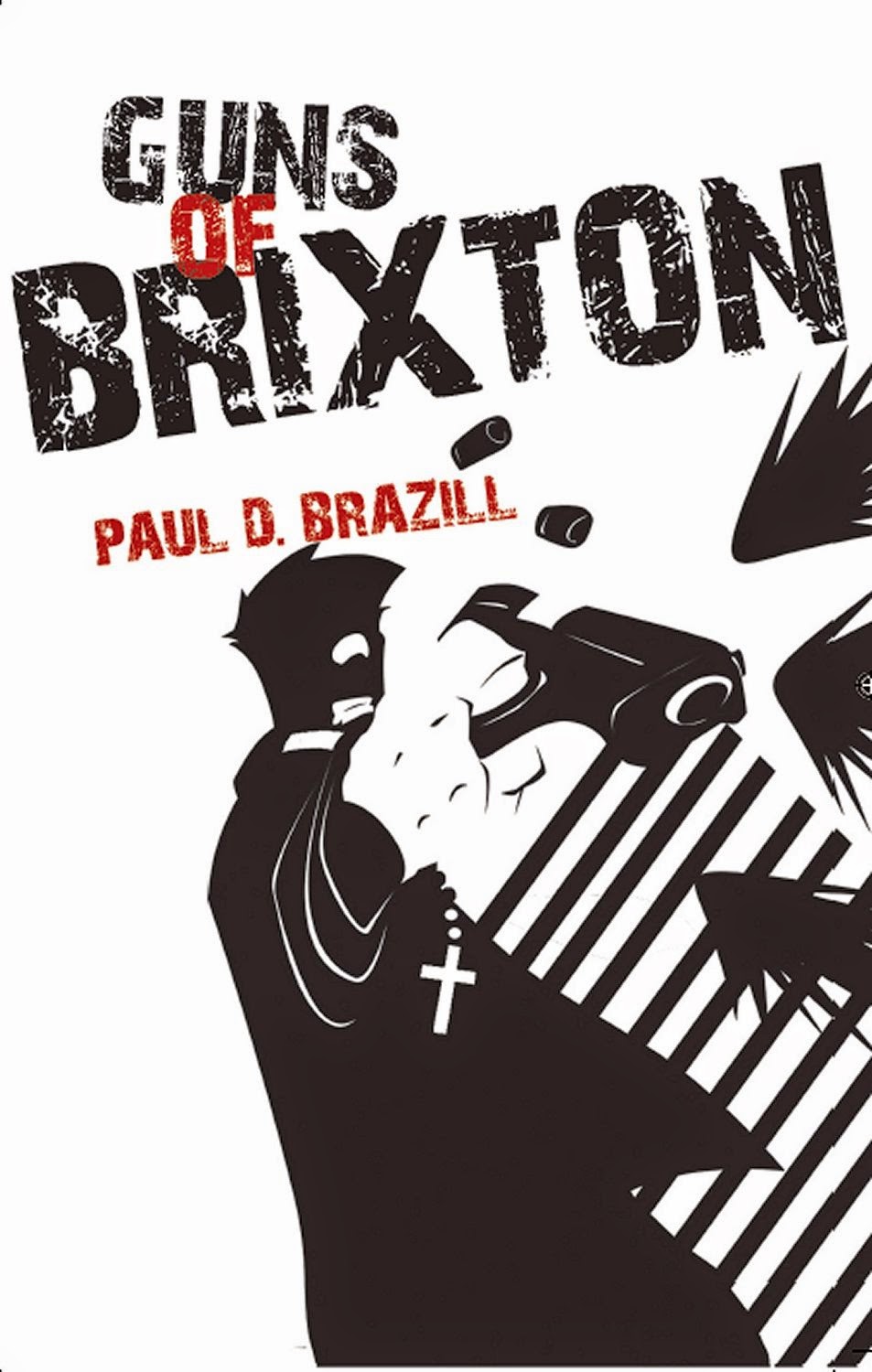 Half-Pint Harry Hebb was a key player with the local underworld. Considering the fact that Mad Tony Cook sent them to get the now slightly damaged stainless steel briefcase he is not going to be pleased at all that a man of Half-Pint Harry Hebb’s stature is now dead. Once they turn over the briefcase their fates are pretty much sealed. Of course, if Kenny and Big Jim can get rid of the body on their own and make it all go away with no one the wiser then they should be good. And they can get rid of the body as part of a trip they have planned to do an independent job of their own.

Anyone who pays attention at any level to the world of politics, religion, crime, and other humans endeavors should be well aware that the cover up is always a worse disaster than the original crime. Such is the case here in Guns of Brixton when the effects of a few minutes in a Landon garage ripple far afield from Kenny, Big Jim, and the departed Half-Pint Harry Hebb. For all involved it is going to be an odd and often violent start to the New Year.

Like a lot of the Paul D. Brazill’s excellent stories there are a large number of cultural references at work in this twisting crime yarn. Many become clear in time via the context of the story through one does get the feeling one is missing a point or joke here and there. What is clear regardless of your personal familiarity with the cultural references is that humor is prevalent in this read as is plenty of serious violence and action in a noir style tale that gets bigger and bigger as the novella works toward the conclusion.

Much like his very good A Case of Noir much is at work in Guns of Brixton making the read well worth your time and money.

Thanks Kevin. I'm glad GOB entertained. I'm pleased you can enjoy it without getting all the references.

By the way, this version of the book is actually published by Caffeine Nights Publishing.