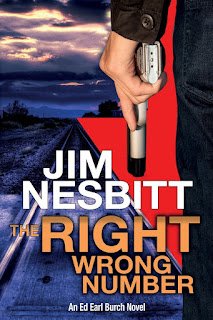 It has been several years since the events of The Last Second Chance: An Ed Earl Burch Novel and private detective Ed Earl Burch still carries those scars and many more. Many of those scars haunt his dreams and daylight memories often inspired by drinking, smoking, or the way a woman’s hair moved on the lady across the bar. Dangerous women were always his downfall and one of those has crawled back into his life.

Her name is Savannah Crowe these days though Ed knew here in every sense possible before she got married. She lives down in Houston and is married to an attorney who does oil and gas partnerships. At least that was what he was supposed to be doing. Apparently he was shady, at best, and now he is dead. No doubt murdered by some guys out of New Orleans who are looking for the money he stole. Savannah wants Ed Earl Burch to come down from Dallas and protect her. Not just from those guys out of New Orleans, as the cops are also pushing hard at her thinking she killed her own husband, and there might be some other players as well.

Sure she can hire the best attorney in Texas, a certain man by the name of Racehorse Haynes, but having the money to do that is not enough. A lot more than she has is missing because he husband stole it. Savannah wants Ed Earl Burch to find her husband---the body left in the flaming wreckage wasn’t positively identifiable--- or the guys who killed him. If he can find either party, the money should also turn up.

Being broke thanks to a downturn in business as the economy improves under President Clinton means Ed Earl Burch is already in a bind before his attorney pushes him hard. His attorney concocted an elaborate evidentiary pyramid to keep his rear end out of prison at the cost of 20k plus and is calling everything due and payable now. He can’t pay so the prison option and far worse things are back on the table. He has other money trouble as well. While Savannah is willing to offer far more than money to Ed Earl Burch for coming down and helping out, all he wants is money with at least half of his fee upfront to stave out the attorney. She’s trouble, but she can pay the bucks and he needs the bucks desperately. 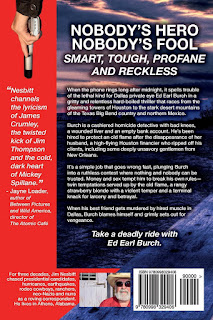 Before long he is down in Houston and all hell is breaking loose. The case will lead him across Texas to a little place just down south of Big Bend in Northern Mexico for a final showdown to settle lots of scores.

The Right Wrong Number: And Ed Earl Burch Novel is a sequel of sorts to The Last Second Chance. Sequel in terms of the characters, grudges held, and memories that haunt the living as more than one character from the first book appears here as the point of view shifts throughout the read. That means it is very important to have read that book first before taking on this read.

Readers should also be aware that, as they were in the first, graphic language and descriptions in terms of sexuality as well as plenty of violence are present in this read. This is a hard hitting and graphic crime fiction read written in a noir style. Therefore, the full range of language is used and a substantial portion of it is graphic in terms of description regarding sexual situations, violent actions, motivations of others, etc. as the read shifts in point of view. Those point of view shifts are very frequent by way of a number of characters throughout the book while maintaining a fast paced and often violent flow of action.

A read that powers along with plenty of action while providing some serious as well as funny social commentary, The Right Wrong Number: An Ed Earl Burch Novel is another mighty good read from author Jim Nesbitt. Both books are highly recommended. The third book in the series is underway according to a recent comment on Facebook by the author.

An ARC was supplied by the author’s publicist, Maryglenn McCombs, a long time ago for my use to read and review.