Make sure you check out the entire Friday’s Forgotten Books list over at Patti Abbott’s blog at http://pattinase.blogspot.com/

See the update note from Barry at the end of the review....

Roy Nichols is a man in dire need of money. He and his wife Bess own a motel in St. Petersburg, Florida, a purchase they made because a new highway was supposed to be built that would run past it and virtually assure them business. But now there’s a chance the highway might be routed elsewhere. They’re behind on the repayments to the bank on the loan they took out to buy the place. They’ve been refused an extension as well as an additional loan. Thus, Nichols  has journeyed to Chicago to try to borrow money from his well-to-do-brother Albert, figuring a face-to-face appeal would be more effective than a phone call. “You must learn to hoe your own row,” Albert tells him, “I’d gladly help you if I thought it would really be helping you. But you seem to have forgotten that I warned you not to attempt this foolish motel business.” 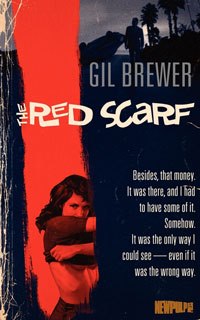 Thus, when The Red Scarf opens, Roy Nichols is on his way back to St. Petersburg, having hitched rides from Chicago to Georgia. A trucker drops him off on a Georgia back road on a snowy, blustery night, and he makes his way to a seedy roadhouse populated by its owner and a drunk. He isn’t there long when he hears a car pull up outside and then a man and woman arguing. A moment later they enter, and Nichols gets his first look at the very attractive Vivian Rise and the big but unattractive Noel Teece. They’re arguing because Vivian is determined to get something to eat and Teece is in a hurry to get back on the road. Vivian wins out and orders a plate of barbecue. Teece tells the roadhouse owner he wants to put gas in his car, and he and the owner go outside. Seeing their absence as an opportunity to violently paw Vivian, the drunk begins to do just that—until Nichols intervenes.

Although Teece is opposed to the idea, a grateful Vivian agrees to give Nichols a ride. Despite the poor weather conditions, Teece has a lead foot on the accelerator, and all three of them are drinking liberally from a bottle of whiskey. The inevitable happens:

“The car was down there. Not too far, about fifteen feet, lying crumpled on its side, smashed to junk, in a rocky glen with the water splashing and sparkling in the moonlight.”

Nichols awakens sore, bleeding, and somewhat dazed, to find Vivian frantically searching for a briefcase. As for Teece, “The guy was spread out on the rocks, his feet jammed in the car by the steering wheel. The bright moonlight showed blood all over his face and his suitcoat was gone and his left arm had two elbows. He was more than just dead. He was a mess.”

The briefcase Vivian seeks and soon finds is full of money—a great deal of money that belongs to the mob for which Teece was a courier. Vivian is determined to keep it and get herself out of the country. She tells Nichols she’ll pay him generously if he’ll help her.

And so things really get underway as Nichols is confronted with an existential dilemma.  He knows that aiding Vivian is wrong, but his need for money that will bail him and Bess out of their financial straitjacket overwhelms his scruples. In classic noir manner, he compounds his difficulties via his actions and decisions. At the same time, he tries to protect Bess by not letting her know what he’s mixed up in and feels guilty about having to deceive her. He and Vivian experience some major shocks, one of which is in the form of visits from a contract killer whose suave civility underscores his implacable determination to recover the money. Nichols is also dogged by a police detective named Gant.

Saying any more about the storyline of this brief, fast-paced novel would spoil it for the reader. Its prose style is a lean, straightforward one, and often so intimate that the reader will feel as though Nichols is seated across a table from him recounting what happened. The tension he generates is often palpable.

The prolific Gil Brewer began his career in the 1950s during the heyday of original paperback novels (see Bill Pronzini’s excellent article about him at Mystery*File: http://www.mysteryfile.com/GBrewer/FW.html), and has come to be regarded as one of the more important authors who emerged in that era. The folks at New Pulp Press who reissued The Red Scarf merit commendation for making the novel, generally considered among Brewer’s best, available once again to the general public. That said, they also merit condemnation for deplorable proofreading—at least in the e-book version I read; I can’t speak to their paperback edition. The e-book is riddled with poor punctuation; typos (“I had to hand onto my hat” appears on the opening page, “And I hadn’t killer her, so I was all right” appears much later); sentence repetitions in the same paragraph (“She came up to the door and stepped out on the porch. She came up to the door and stood there, scratching her fingernails on the screen”); and missing letters (“I kept looking toward the all doorway, the area drew my gaze”). Most of the time what’s meant is obvious, but one sentence contains a word that’s missing letters, and thus the whole thing is unclear: “It was ad, but she had it straight, anyway.” New Pulp Press would do well to make the corrections. If they develop a reputation for sloppy proofreading, they’re likely to alienate a lot of potential buyers.

On Friday, August 10, 2012, Kevin posted my review of The Red Scarf by Gil Brewer. Although I praised the novel as an excellent example of the noir fiction that came along in the 1950s and praised the publisher, New Pulp Press, for resurrecting it, I also took them to task for releasing an e-book edition riddled with various types of errors. I contacted them about it and editor Jon Bassoff got back to me promptly, thanking me for pointing out the problem and assuring me it would be corrected.


Today, September 8, 2012, Jon sent me the corrected e-version of the novel. (I don't believe the paperback edition had the same problems.) Therefore, I want to assure everyone who might be interested in reading it--and it's definitely worth reading--that you can disregard reader-reviewer complaints you'll find at Amazon and possibly at other sellers' sites about the errors. The publisher's responsiveness is commendable.

Some of Barry’s fiction is available at Smashwords and Amazon.com, and Amazon also has available a couple of his poetry collections. His personal collection of books for sale are at  http://www.barryergangbooksforsale.yolasite.com/. 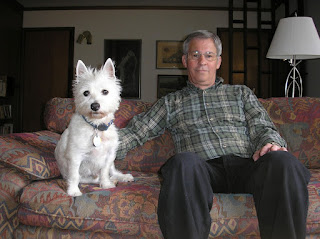 You may be interested to know that the first published collection of Gil Brewer's short stories will soon be available:

Something to look forward to. Thank you, David.

Great review, thanks barry. You liekd it more than I but I like Brewer in general!