Please welcome author J. J. Hensley to the blog today. He has a new book out, Record Scratch, which is the second book in his Trevor Galloway Series. The new book picks up a few months after Bolt Action Remedy ended. I have been reading a lot of positive reviews for the new book and that includes this recent review by David Nemeth over at his site, Unlawful Acts.

Like most writers, I read. Actually, I read a lot. To be more accurate, I read and listen a lot. I always have one book waiting for me on my bed stand and an audiobook loaded on my cell phone. So, at night I might be reading an old Jonathan Kellerman paperback and during my commute I could be listening to Jennifer Hillier’s Jar of Hearts. I’m pretty much hooked on mysteries and thrillers, so the odds are a soft romance isn’t playing through my headphones when I’m in the gym and I usually don’t have anything dealing with killer robots on my Kindle. Well… I do have a seven-year-old, so there is a Transformers game on there and I hear a lot of explosions coming from the ol’ e-reader. So, I suppose there are actually killer robots on my Kindle.

Thus far, 2018 has been a great year for mysteries and thrillers. Admittedly, I’m not awesome at keeping up with the latest and greatest and I’ll often ignore the hype surrounding new books, especially those published by one of the Big Five publishers. But several books, both big and small press, hyped and non-hyped, have stuck with me in a positive way over the past few months. I’m just as excited about what’s on my “to be read” list for the remainder of this year and the first part of 2019!

To recap some of my recent adventures in fiction:

“Oh, you just have to read The Force, by Don Winslow. It’s so good.”
“Don Winslow’s latest book is the bomb!”

I put this one off for a quite a while. It’s a big press book that gets lots of media attention which means marketing money gets tossed into the ring. If you’re like me and you go through a book every week or two, you learn marking buzz doesn’t always equate to quality. I also wasn’t excited about this book because I’m typically not blown away by police procedurals and I end up picking them apart because of my background in law enforcement. Then, a writer friend of mine whose opinion I trust told me I really need to check it out. Reluctantly, I did. Of course, then I was mad at myself for not reading it sooner. It’s gripping. And I’m completely aware when any author uses the word “gripping” it sounds like a lame attempt at a cool blurb, but that’s the word that comes to mind. The Force was certainly one of the better books I read this year.

Earlier, I hinted I’m not much of a science fiction guy. Well, if anyone could convert me it’s Tom Sweterlitsch. I liked his first novel Tomorrow and Tomorrow. But, I LOVED The Gone World when I read it a few months ago. It’s got everything I don’t want in a novel. Time travel, futuristic inventions, other worlds—but, THIS… BOOK…IS… AWESOME. I thought about this book long after I turned the last page. In the interest of full disclosure, I know Tom. In fact, Tom helped drive the direction of my novel Record Scratch and I named a character in the book after him. However, if his book was mediocre then I would have plugged something else into this post and that would have been the end of it. Believe me. You’ll want to check out this book.

An author whose work I’d wanted to read, and finally did, is Joe Clifford. I picked up his novel Lamentation and it didn’t disappoint. I’m already anxious to read more of Joe’s work because I can tell it’s going to have a lot of the elements I like in mysteries. Lamentation had an imperfect protagonist, a slew of shady characters, and there is something authentic about Joe’s work. If you’re a reader who needs a knight in shining armor as the main character, then this book may not be for you. However, if you want something that lends itself more toward gritty reality than fantasy, then give this one a shot.

My To-Do List:
My list of books to be read is extensive, but I have some highlights. I’m crazy excited for E.A. Aymar’s The Unrepentant. This book isn’t out until March 2019, but promises to have a dark side and work in a little comedy. I know Aymar, so I would expect nothing less.

A while back, I read Shannon Kirk’s book Method 15/33 and was blown away. She has a sequel coming out and the English edition doesn’t have a title yet so I’ll just call it Shannon’s Psychotic Sequel. I had gone into Method 15/33 thinking the book was going to be the typical girl gets abducted and either struggles to escape or waits to be rescued type thriller. It was something much, much more devious and it was wonderful. The sequel promises to be unpredictable in all the right ways.

I’m so far behind on my list and I’m kicking myself because I still haven’t read Silent Hearts by Gwen Florio. I absolutely loved Florio’s Lola Wick’s series, and I know this deviation into a tale of two women caught up in the Afghan War. Florio is a journalist and has spent time in that region and she brings realism to all of her novels. Silent Hearts will be no different.

In between reading these great books, I’m out promoting my new novel Record Scratch and working feverishly on my next Trevor Galloway mystery, Forgiveness Dies on the Vine. The best part of having a great reading list is it sets the bar high for what an author wants to achieve in one’s own work. With this list, the bar is set pretty damn high. 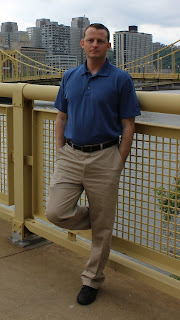 J.J. Hensley is a former police officer and former Special Agent with the U.S. Secret Service. Hensley is the author of the crime novels RESOLVE, MEASURE TWICE, CHALK'S OUTLINE, BOLT ACTION REMEDY, RECORD SCRATCH, and several short stories. He is originally from Huntington, WV and currently resides near Savannah, Georgia. You can learn more about the author and his books by visiting his website http://www.hensley-books.com/