This is Friday and that means Friday’s Forgotten Books hosted by the one and only Patti Abbott. Check out the full list of reading suggestions for this first Friday of January 2017 over at  Patti’s blog. 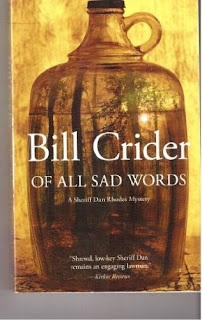 Blacklin County, Texas is a fairly quiet place most of the time which is how Sheriff Dan Rhodes likes it. His idea of a citizens' Sheriff's Academy had seemed like a good idea at the time in that it would teach folks about the department and generate some good publicity. Now he is getting flack over it from some, most notably county judge Jack Parry. Parry is convinced that some who went through the academy recently are vigilantes. There is more to his complaint but it boils down to the universal idea of politics and micromanagement.


Sheriff Dan Rhodes is finally saved from the county judge by a call about a trailer house explosion. The Crawford brothers, who have a bit of a reputation around the area, may have been inside when it blew. There had been accusations that the Crawford's were running a meth lab, something not uncommon these days in the East Texas woods. Rhodes never caught the Crawford's selling anything-not even Amway.


And while one brother has survived the blast, another has not and it quickly becomes clear that it was a murder. A murder that in the minds of some was caused by politics. Murder, that in the eyes of some others was caused by alleged drug dealing. No matter the cause, Sheriff Dan Rhodes intends to find out and isn't gong to let small town politics over a variety of matters stand in his way. 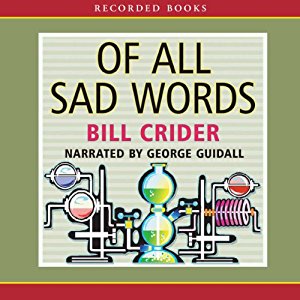 I'm ashamed to admit that this book, which was recommended to me by a friend, is my first Bill Crider novel. It puts me in the mind of the J. W. Jackson series penned by the late and missed Philip R. Craig. True, Sheriff Rhodes doesn't offer any recipes and is clearly not set anywhere near Martha's Vineyard. But, there is that same slow comfortable way of story telling that gradually spins the novel out while detailing the real world characters that live in the Dan Rhodes world. Instead of starting with an abrupt bang, this is the kind of book that slowly begins and allows the reader to get to know the people just a little bit before presenting the problem.


The result is a 265 page read featuring a steady hero who knows his limitations. This is a character, as well as many of the minor characters, that have universal appeal on one hand and are clearly Texan on the other. Dogged in his pursuit of justice Sheriff Dan Rhodes follows a trail with grace under pressure and a reserved calmness most of the time. Along the way, he deals with a variety of events and people from all walks of life who may or may not have his best interests at heart.


And he hooked a new reader.

I remember this being one of the better Rhodes novels, which is saying something. Rhodes always strives for truth and decency but is never a self-righteous twit.

This was my introduction to the worlds of Bill Crider. Glad to remind folks of my review again.

I also recently discovered Bill Crider's novels, and I feel very fortunate to have lots of good reading ahead.