Guest Post: Get Curious and Go Beyond -- Write What You Know by J. R. Lindermuth 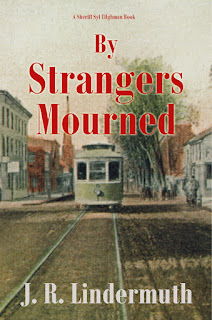 Please welcome J. R. Lindermuth to the blog today as she shares some writing advice that crosses genres and projects….

Get Curious and Go Beyond -- Write What You Know

Beginning writers are often advised to write what they know.

Personally, I've always considered that rather limiting advice. Granted all of us have experiences which we might utilize in our writing. But is your experience broad enough to justify a short story or even a novel? A good writer should have curiosity and imagination, two traits which go beyond mere experience. Don't get me wrong, I'm not opposed to experience. It can be a great teacher--provided you're willing to learn from it.

In contrast to writing what they know, I believe writers can benefit by writing about things that arouse their curiosity. As E. L. Doctorow put it, "Writing is an exploration. You start from nothing and learn as you go."

This desire to learn has the power to stimulate your imagination and take you places you've never experienced before, a voyage which can transform your writing and give it a power it might otherwise lack. Your enthusiasm for the subject should shine through and transfer to the potential reader what you've learned about a subject.

For me, research is half the fun of writing and provides opportunity to delve into many fascinating topics. Still, we need to beware of lecturing to our readers. What you've learned about a particular subject must conform to the story you're telling and contribute to the advancement of the plot. It may please you to elaborate on a particular theme and this is where you need to exercise care lest you stall your story and leave your readers exasperated.

In my writing of both contemporary and historical mysteries, I've learned a lot about myriad subjects that were new to me. In fact, some of those subjects were even the inspiration for a story. I already knew mine owners frustrated by increasing demands for unions in Pennsylvania's anthracite coal region recruited cheap labor from Eastern Europe in the late 19th Century. My research on this subject revealed the same tactics were used to find women for factories and as domestics, a practice that enticed some victims into the sex trades. This was the inspiration for By Strangers Mourned.

Here's the blurb for By Strangers Mourned:

Spring is usually heralded as a time of renewal, not murder.

Preparations are underway in the spring of 1899 for the wedding of Deputy Cyrus Gutshall. Sheriff Tilghman is hopeful this will put his sweetheart Lydia Longlow in the marital mood.

But then a woman is found drowned in a local creek.

Doc Mariner's autopsy reveals the woman is a victim of foul play. The sheriff’s investigation soon puts him on the trail of a mysterious man named Bauer and a gang preying on young immigrant women.

One of the women escapes her captors and comes to their small town in search of help. A coal miner she encounters, a fellow Pole, brings her to Tilghman and helps translate the story of her ordeal. The girl is befriended and sheltered by a coworker of Lydia's, an act of kindness that puts both young women in danger.

Sylvester Tilghman will need all his detecting skills and the help of his friends to unravel the many skeins of the case before he can dream again of marriage. 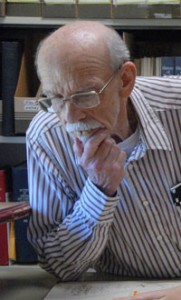 J. R. Lindermuth lives and writes in central Pennsylvania. A retired newspaper editor, he currently serves as librarian of his county historical society where he assists patrons with genealogy and research. He's the author of 18 novels and two regional histories. He is a member of International Thriller Writers and is a past vice president of the Short Mystery Fiction Society.
Posted by Kevin R. Tipple at 1:00 AM

Email ThisBlogThis!Share to TwitterShare to FacebookShare to Pinterest
Labels: books, Get Curious and Go Beyond -- Write What You Know, guest post, June 2022, mysteries, research, write what you know, writing, writing advice

Enjoyed this piece. I stopped learning about baseball in the 1940s, research for my current project, to read it. You can't write about what you don't know, but you never know what you know until you start researching.