Friday means Friday’s Forgotten Books  hosted by Patti Abbott. If you are not reading her blog on a daily basis, you are making a serious mistake……

Lee Henry “Hank” Oswald is a private investigator who walks the mean streets of Dallas, Texas. It begins as a favor for a former fellow high school classmate in the form of Vera Drinkwater. Crying in his office, she tells Hank that her brother Charles (Charlie to one and all) Wesson (two years behind both Vera and 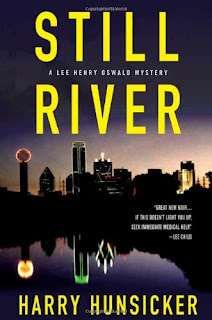 Hank in school) is missing and has been for a little less than twenty-four hours. She knows something is wrong. Hank knows at this point, Charlie hasn’t been gone long enough to raise an eyebrow or anything else at the Dallas Police Department. The fact that he is a former addict, allegedly clean and sober now, won’t speed anyone to look for him as in all likelihood, he is off on a binge.


Charlie had been a victim all through school both by bullies at school and a stepfather at home determined to make a man out of him one way or another. Hank has memories of those times as well as some guilt as he wasn’t in a position to really help but witnessed enough to have some idea of what Charlie endured. Those memories trigger his need to help and he agrees to make some calls and look for Charlie. It should have been easy enough. But, one thing life has taught him with a name like his in Dallas, nothing is easy and this certainly isn’t. Before long, it turns into a huge mess involving crooked real estate developers, urban renewal in the form of yet another Trinity River project, the Russian mafia, drugs, guns, and wayward relatives. Through it all, Hank keeps going as he digs through the muck of Dallas whether they are rich and famous or the nobodies on the wrong side of the river.


Author Harry Hunsicker’s portrayal of Dallas has absolutely nothing to do with the Chamber of Commerce ads for the city. This is a hard-edged noirish style Dallas that serves as a backdrop for all sorts of things that no doubt happen on a routine basis and that no one ever talks about. While Still River stumbles at first in terms of clichés, the book builds a steady momentum and before long carries the reader violently along for a very enjoyable read.

I enjoyed this series.

I did too, Bill. I am still hoping for more books.