Normally I wouldn’t select such a relatively new book for Friday’s Forgotten Books hosted by Patti Abbott. But, I just finished The Devil To Pay. The fourth book of a series written by George Wier leaves me wondering yet again for his books. Reminiscent of the Sheriff Rhodes series by Bill Crider, Weir has created a sort of everyman character in Bill Travis (an investment counselor) and throws him into various difficult situations. Like he did with the first book, The Last Call ….. 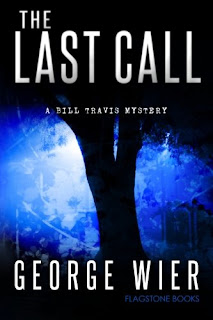 Bill Travis first saw the beautiful woman while he was driving in heavy traffic on the loop near downtown Austin. The beautiful reddish blonde in the red roadster didn’t seem to mind that Bill Travis was staring at her. For a few minutes they played a cat and mouse game passing each other in the heavy morning traffic. After a smile his way and a couple of quick moves on her part in the stop and go traffic, she was gone down the interstate and out of his life. That left the nearly 40 year old Bill Travis with only one option---head to work as if nothing had happened at all.

That is until a short time later, as his first client of the day, she walks into his office.

Julie Simmons may have flirted and then cut him off in traffic, but she has bigger issues then being a sexy and rude flirt. She has crossed Archie Carpin, a North Texan Liquor Baron and legendary figure with a violent family lineage dating back to the 20’s in Texas. This is one family that you leave very well alone if you have any brains at all. Julie was desperate and took two million dollars and ran. Of course, Archie Carpin very much wants his money back.

Bill Travis, a man that helps well off people with their money problems can’t help falling for her in every way possible.  Even if there is far more to her story and he knows it from the very start.  The beautiful woman wasn’t kidding when she said her name was trouble. He just didn’t care. He should have as she was not lying about that much at least.

On the run and trying to stay alive on a trail that takes them from Austin to North Texas and back again, Texas author George Wier crafts an intriguing tale full of twists and turns. Populated with complex main and secondary characters, plenty of clues, and plenty of action this recently released novel first in a planned series is a good one. Even seasoned mystery readers will be surprised by some of the twists the complex case takes while imparting some legendary Texas history.