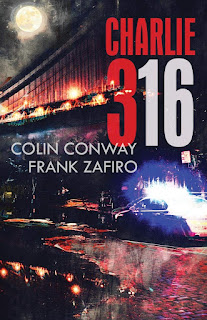 Officer Tyler Garrett is on routine patrol on a Sunday night in East Central Spokane as Charlie-316 begins. A diverse area with an increasingly significant Russian immigrant presence, it is a quiet, but hot August night. Officer Garrett rolls along with his windows open so that he can hear the neighborhood and is looking forward to an upcoming break. Everything is as it should be until a Chrysler 300 with front end damage shoots out of a street in front of him, whips into a turn cutting off another driver, and takes off. With nearby citizens watching, Officer Tyler Garrett has no choice but to forget about his planned break and begin pursuit.

The pursuit is a short one as the driver soon pulls over and then quickly gets out of his car.  He begins to aggressively confront Officer Garrett before seemingly to go for a weapon. At the same time, Officer Garret’s his car window shatters and he realizes he faces a second threat from the nearby vacant house.

Officer Garrett has been ambushed and he reacts by firing back at both targets. He takes down the driver and then focuses his attention on the house. Despite his SWAT training and the fact he should wait for the coming backup, he charges the house fully prepared to deal with the second threat.

A threat he can’t find. The house is vacant with no sign of any shooter or shooters. Not only can he not find whoever was firing from the house, as backup arrives, he can’t find any sign of a weapon on or near the deceased driver. A driver that it appears was also shot in the back. 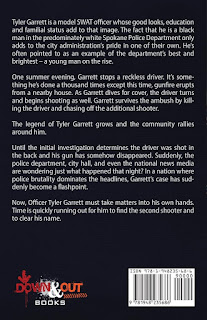 Any officer would know that such a situation, at best, is a career disaster. As happens in the real world all the time, in the fictional world of Charlie-316 written by Colin Conway and Frank Zafiro, such an event is a powder keg for a city and a disaster for the officer involved. In this case, an African American officer shot and killed an apparently unarmed white civilian. A public relations disaster for the police department, the mayor, and numerous others unfolds as an investigation commences into what exactly happened that night.

Part police procedural and part thriller, Charlie-316 by Colin Conway and Frank Zafiro is an intense read. While it clearly has a “ripped from the headlines” style to it, there are plenty of twists and turns that elevate the book far above the usual such fare. Complex with gritty multi-dimensional characters in a tale where nearly everyone has a secret agenda, Charlie-316 is one heck of a good read.

Mr. Zafiro provided a digital ARC with no expectation of my reading it or a review.