Please welcome author Kaye George to the blog. She offers her thoughts on Designated Daughters by Margaret Maron in a review originally written for Suspense Magazine. After you read her first of what hopefully will be many posts here make sure you go check out her website at http://kayegeorge.com/ 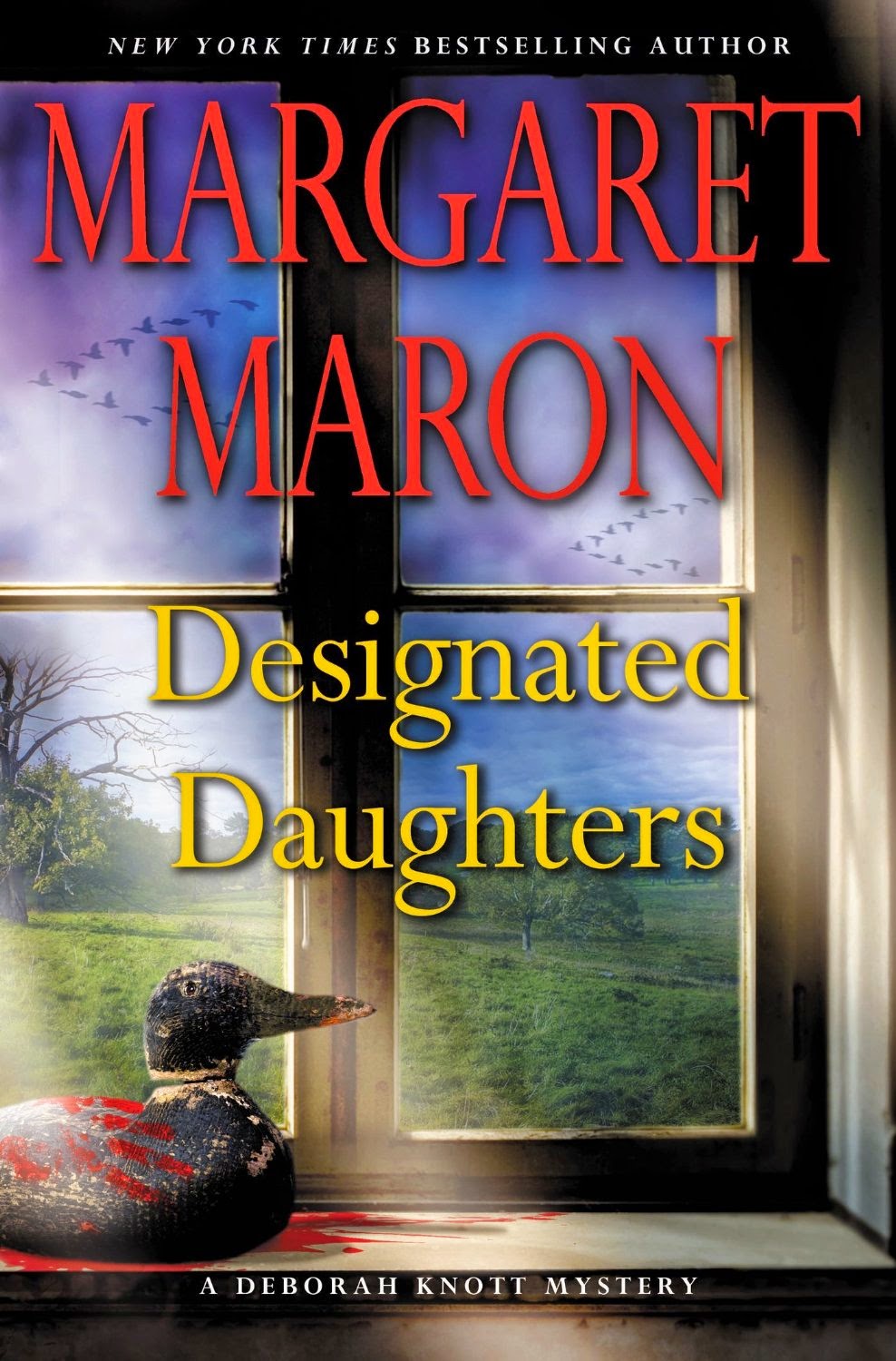 It’s great to be back in Colleton County, North Carolina, with the Knott family.

Miss Rachel, in no pain and expected to pass over soon, is visited by flocks of family members, eager to see her one last time. She’s resting quietly, until she perks up and starts talking a blue streak. Some of what she says is unintelligible, unless you know what she’s referring to. Finally, exhausted, she stops talking and the family goes to get some supper while the aide freshens up the sheets.

Very soon after that, Aunt Rachel is dead, but not of natural causes. Someone smothered her with a pillow.

It’s up to The Honorable Deborah Knott to sort through her tangled family and the other assorted people who were at Rachel’s bedside when she was rattling on about old scandals, to see which one of them felt compelling to stop Rachel from talking. She talks with all of them, dredging up more than one old secret. She and her husband, Sheriff’s Deputy Dwight Bryant, look into Rachel’s minister, her neighboring doctor, and others. She eventually finds out about the Designated Daughters, women who care for the elderly, sometimes even when they aren’t family members. Rachel’s daughter was one of these. Deborah knows it’s one of Rachel’s final words that brought about her death, but which one?


Reviewed by Kaye George, Author of Death in the Time of Ice for Suspense Magazine

I loved Maron's Knott series, though the last few have had a bit more discussion of family and relationships among them than earlier book. I'm going to try this one. I see there is still the need for the family tree to keep track, but it sounds as if it may be more relevant to the action.

I've read this book, and enjoyed it, as I have all the Judge Knott series by Margaret Maron. I never heard the phrase "Designated Daughters", but use it now. I was one, as well as a Designated Daughter-in-law and niece. I also have a Designated Daughter, who is the family go-to girl. She keeps them all in line. Always eager for another book, this reminded me also, to get back to the genealogy, now that there is a great-granddaughter who's interested. Keep the books coming!

Yes, the whole series is excellent! I was a Designated Daughter before I knew the term.