Since it is Friday again that means it is time for Friday’s Forgotten Books hosted by Patti Abbott. Not only should you be reading her blog, you should be reading her works such as the soon to be released Concrete Angel. You should also be reading author Frank Zafiro---especially if you like police procedurals. The below review dates back to 2011 when I first told you about Dead Even: A River City Crime Anthology …

The men and woman of the fictional River City police department located somewhere in Eastern Washington are not super cops. They are real life human beings with their own lives on and off the job. Lives that contain hopes, dreams, shattered expectations, and failure just like the rest of us. Through novels that began with Under A Raging Moon, continued with Heroes Often Fail and continued in the most recent Beneath A Weeping Sky released last March, as well as numerous stories in a variety of markets, author Frank Zafiro has a consistently used his experiences as well as ones of other fellow police officers to make the characters he writes about alive for the reader.

The fifteen stories in this book released last October by Gray Dog Press have all appeared before either online in various venues or in print publication. Several of these stories were finalists for the Derringer award given out annually by the Short Mystery Fiction Society.  For those familiar with the novels, these stories further explore events before or in between the books. For readers new to the works of Frank Zafiro, these stories give you a glimpse of the treats to come in the novels. 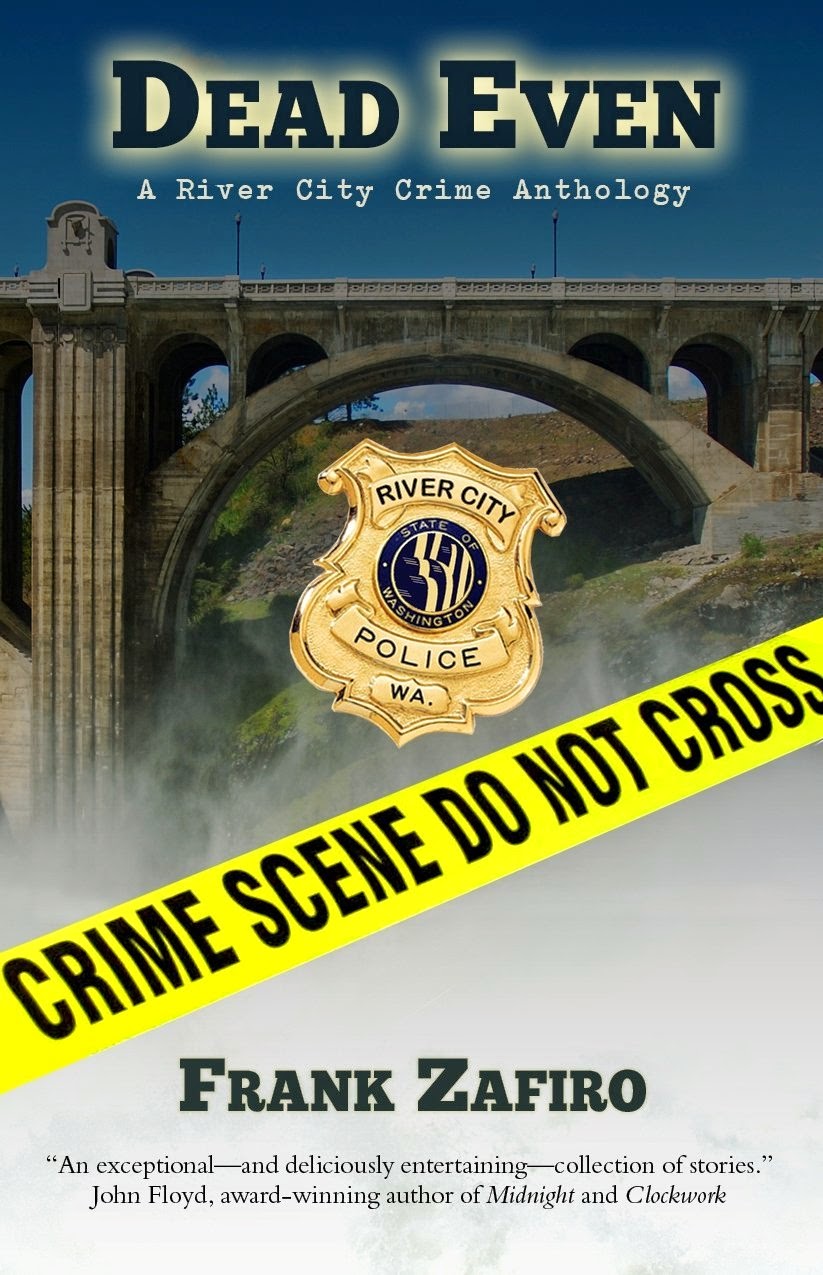 The anthology is broken into four sections named for some of the characters in the novels. After a forward that briefly explains how the book was pulled together and his intentions, author Frank Zafiro starts off with the section on “Katie MacLeod.” The three stories, “Last Day In Paradise, “Three Days of Christmas,” and “Home for Christmas” revolve around Katie Macleod and are far after events in the first two novels. They showcase some of the motivations that drive this complex and intriguing character as well as several different cases.

The section on the detective tag team of “Finch and Elias” is next starting on page 55. There are five stories here and include “Be My Santa Baby,” “Finch and Elias,” “Core Issue,” “The Bastard Mummy” and “The Worst Door.”  Along with working some harsh and some funny cases, readers are treated to the dynamics between the detectives who may grate on each other occasionally but always have the partner’s back. These stories are interlocked, beginning with a robbery gone bad in “Be My Santa Baby” and carry the crimes forward to solving the case and the repercussions in successive stories. Many of the stories in this anthology work the same way detailing events from different perspectives and how the ripples from the original event spread outwards to touch other lives in ways unforeseen.

Beginning on page 155 is the section on “Paul Heiro” and features two stories titled “Running Into Darkness” and “If Only.” Paul Heiro is one of several rather tragic figures in the River City series. A strong theme of Mr. Zafiro’s work is the idea that events shape people causing some to get stronger while others go down. That path, up or down, is almost predetermined or fate for some characters and Paul Heiro seems to be one of those destined to go down.

It is not just the men and women who wear the badge that get the full character building treatment making them come alive for the reader. The victims as well as the criminals come fully alive for readers. One of the higher profile criminals, and there are several, is “Dominic Bracco” and his section begins on page 175.

The section contains five stories titled “The Meat-cutter’s Wife,” “Pride Goeth,” “And A Fall Cometh,” “Rescuing Isaac” and the title story of the anthology “Dead Even.” A New Jersey mobster exiled to River City in eastern Washington, Dominic Bracco is trying to get along with everyone while bringing his own business style to the area. The problem for him is he doesn't have the muscle to compete; he can't go against the Russian mob, or the other criminal interests in the area. And every now and then Uncle Angelo reaches out and wants something done and just can't get the basic fact that the state of Washington is not New Jersey. A dark figure that is also very smart and charming, his relationship with others is fascinating to watch---from a distance.

At 253 pages including publication notes for the stories and bio, this is a fast read. Many of the stories are very interconnected--not only with each other---but telling the same story from a different character's perspective. Violence and its descriptive depictions are present at times, but when they do appear, they are limited and not gratuitous. Instead of focusing on the carnage when it happens, as some authors do, Mr. Zafiro consistently focuses on the psychological aspects of events. How events work on the character of the individual, shape future actions, etc. Whether they be law enforcement or otherwise, how people hold up under expectations of others while dealing with events is a focus of these stories as well as the novels that feature the characters living their lives in the small town of River City.

Those new to the author's work will discover a terse writing style filled full with emotion and nuances in these stories. The characters will come alive with some you knew from the start heading on a path where things will not go well. The book can serve as a great introduction to the novels as characters are introduced through story as well as brief explanations at the beginning of the sections and the stories themselves.

For those well familiar with the novels, Dead Even: A River City Crime Anthology is a chance to read stories you may have missed on other venues and an opportunity to reacquaint with old friends. The latest River City novel titled And Every Man Has To Die is currently scheduled to be released in March by Gray Dog Press.