Private Investigator Ava Rome has no idea in the beginning that she is being hunted. She has no idea at all a man from her distant past is in the islands watching her every move. Fantasizing over and over again what he is going to do to her once he finally gets her alone. His name is Norman Traxler and he is coming for her--- after he eliminates whatever she cares about a chess piece at a time. 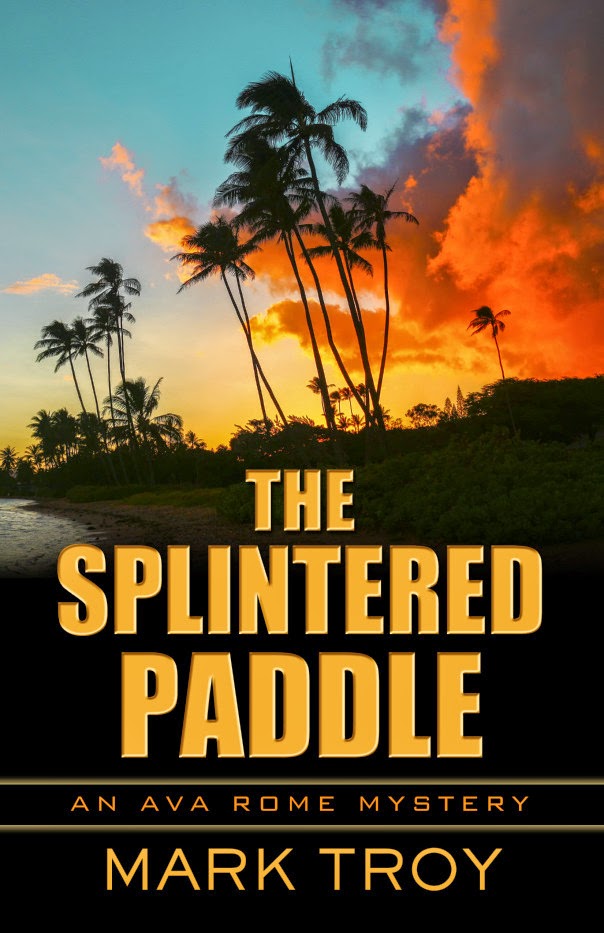 Ava's latest client, sent by Moon Ito, is a young woman named Jenny Mordan. Battered an assaulted by a corrupt cop named Ron Nevez she wants and needs Ava's help. The fact that Jenny is a freelancer in the world's oldest profession is not a factor for Ava Rome. Jenny is defenseless and Ava's business is to protect the defenseless as it was under Kamehameha the Great before the annexation of the islands by the United States in 1898.  That first law of King Kamehameha, the law of the splintered paddle, is still ingrained in the islands and its people and serves as the very personal mandate of what Ava Rome does each and every day. The defenseless will be guaranteed from harm--period.  Using your badge as a weapon is considered official suppression and Ava's isn't about to put up with that.

That issue isn't the only thing she isn't about to put up with in this complicated mystery featuring multiple story lines. Written by Texas author Mark Troy who spent a number of years in Hawaii before moving to Texas, this new series features an intense take no prisoners heroine committed to solving mysteries from the past and present despite the many complications involved with both. Ethical and principled, willing to go it alone if and when she has to, Ava Rome always advances and never retreats. That might be something that comes from her family and the way she was raised.

Featuring a strong and interesting cast of supporting characters, this complex read features four separate and distinct story lines that gradually interweave as readers are slowly filled in on Ava's often difficult past. A past that has driven many of her choices through her life. Choices that have created at least some of the increasingly dangerous situations she now finds herself in today.

Second place finisher at the 2012 Claymore Awards at Killer Nashville, The Splintered Paddle: An Ava Rome Mystery is one of those rare books that pulls you deep inside a world far from home right from the beginning. It isn't all sundrenched beaches, cool waters, and happy days in paradise. Ava, also seen in the very good novella The Rules, knows something about the dark undercurrents at work in the 50th state in the union and is more than ready to protect the defenseless.

I definitely agree with you on this one, Kevin. Ava Rome is a heroine to be reckoned with and SPLINTERED PADDLE is a well-written, well-rounded novel. Both Ava and Hawaii come alive in this book via Mark Troy's excellent writing.

That they do. Good stuff.