Guest Post: Dialogue Attribution in Prose – An Opinion or Two... by Thomas B. Sawyer

Please welcome author Tom Sawyer back to the blog today.

Dialogue Attribution in Prose – An Opinion or Two...
By Thomas B. Sawyer

Coming to narrative fiction somewhat in reverse from most writers – in that I began as a screenwriter – afforded me more than a few attitudes. And definitely not least was/is on the topic of dialogue attribution. 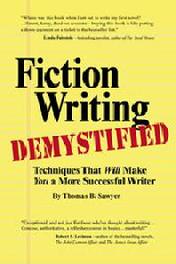 In novels and short stories I had long been struck by what I see as the rampant, mindless use of “he said,” “she said,” “said he” and the like. I know that many highly regarded and/or successful writers and teachers believe such usage as a kind of pinnacle of simplicity. I agree, but not in the affirmative sense of “simple.”

As I began to contemplate my first venture into the form, I started to question such things more actively. Why, I wondered, would experienced, quality writers who otherwise (rightly) bust their humps to avoid repetitions and the use of clichés, surrender to these without guilt? Or, viewed another way, when does a particular phrase cease being “economical,” and morph into a mindless cliché?

And how many millions of trees, I asked myself, have given their lives for such conceits?

To me, even worse – no, make that dumber – is “she/he asked.” It’s dumber because, since it so often follows a question mark, the reader knows it’s a question, right? So why repeat it?

And then there are “he blurted,” “she exclaimed,” “he queried,” etc. If you must attribute, rather than committing those atrocities, I guess “he said” begins to look attractive. 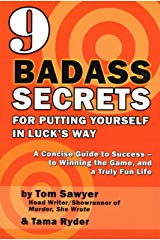 Did I have a solution? Yeah. When I prepared to write my first novel, THE SIXTEENTH MAN, I set as a goal/challenge for myself – a little secret bar-raising pact, if you will – that I would never use any of those phrases. Ever. And I never have.

The result? While hardly revolutionary – I’ve since learned that numerous novelists do it – I’m convinced that it has made my writing better, more readable, and certainly more visual.

Here’s my approach, and the way I teach it.

Work on attribution the way you work on the rest of your writing, with the care you give to your dialogue and your descriptions. Will it make a dramatic difference to your readers? Not likely. Will they even be aware of it? Probably not. But – will it make a difference to you as a writer? Emphatically, yes. It’ll force you to think. To challenge yourself about stuff from which most narrative writers take the day off. So that all of your writing will become fresher. And importantly, more visual about stuff that really matters: your story’s drama.

And for me, in the process, I found that it contributed to finding my “voice.”

It also contributed to some criticism from certain literary types who warned me that as a novelist I could not “write for the camera.” I submit that they are mistaken. The reader is the camera. The reader is seeing the pictures. Imagining the scene. 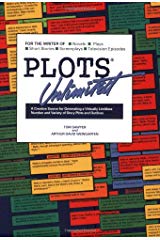 Think about conventional, by-the-numbers dialogue attribution for a moment. “She said,” does almost nothing to help the reader envision the scene. It says nothing about the body-language of the speaker, or her inflection. Where were her hands? Was her head cocked to one side? Did she, during the speech, touch her face, or the person to whom she spoke? For me, settling for “said” implies that the speaker is delivering lines with arms hanging at his/her side. Again, for me as a reader, a brief description of body-language counts for a helluvva lot more than knowing what the person is wearing, or hair-color, or the texture of sofa-upholstery.

Or merely, identifying the character who is speaking.

Admittedly, noting such detail isn’t always important, but when it helps the reader “see” the action, it seems to follow that it will also help the reader “hear” the words.

In my own case, as with most-but-not-all writers, when it’s obviously clear for the reader which character is speaking, I omit attribution. But when the speaker is gesturing to emphasize a point, or is revealing, say, insecurity or anger or even an emotion that contradicts his or her words, that is worth communicating to my audience. Further, when a character’s response to another’s words isn’t spoken, but is rather a gesture, or a look, that can be good storytelling. And effective theater.

I think of it as directing my actors – just as in my scriptwriting, describing when necessary those actions that augment their speeches – or – as in non-verbal responses – replace them entirely.

I urge any writer to try it. I think you’ll be pleasantly surprised.

Edgar & Emmy-nominated, Tom Sawyer was Head Writer/Showrunner of the classic CBS series, MURDER, SHE WROTE, for which he wrote 24 episodes. Tom sold, then wrote 9 series pilots, was Head Writer/Showrunner or Producer on 15 network series. Tom wrote/directed/produced the feature-film comedy, ALICE GOODBODY. He is co-librettist/lyricist ofJACK, an opera about JFK which has been performed to acclaim in the US and Europe. Tom authored bestselling mystery/thrillers THE SIXTEENTH MAN, & NO PLACE TO RUN. His latest, a mystery/thriller-with-humor: A MAJORPRODUCTION!, 2nd in a series featuring NY PI Barney Moon, who doesn’t drive, sees  LA as an Alien Planet, and is stuckthere. www.thomasbsawyer.com