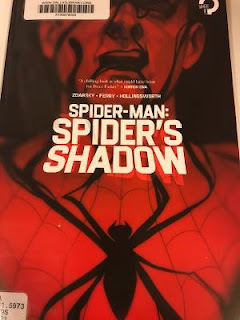 Spider-Man: Spider’s Shadow by Chip Zdarsky is one of the first books that is launching Marvel’s new What If line. This is the only title in the new line, at this point, due to delays caused by the Covid pandemic.

The what if question here is simple: what if Peter Parker became Venom? In this read, it ties into a series that had Peter Parker fight off world and then return to Earth with what he thought was clothing from alien technology that was actually a symbiote. In that other series, he eventually figured out he had a symbiote and he was able to get rid of it. This book takes us back to that storyline and postulates the idea that the symbiote is Venom. 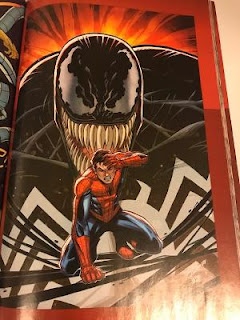 Peter Parker has been having nightmares and is increasingly under stress. After a personal attack by the Hobgoblin, Peter Parker succumbs to the influence of the symbiote, aka Venom, and decides to take a more violent approach to fighting crime. Who will be able to stop an unhinged Peter Parker from dispensing justice, as he sees it, under the influence of Venom?

Spider-Man: Spider’s Shadow by Chip Zdarsky is a very violent and dark read with pretty good art work that is heavily influenced by the original story. Since it is based on the original story, only characters who were active during that time period are featured so there are a smaller number of heroes in this book.  I enjoyed this mature read even though I wish it was longer so the impact of the events could be better explored. There are multiple deaths, maimings, and lots of violence. This tale sets up a rather interesting universe if there is a sequel.

My reading copy came from the Timberglen Branch of the Dallas Public Library System.