As A Deadly Affair At Bobtail Ridge opens Samuel Craddock is awakened by a pounding at his door. His neighbor, Jenny Sandstone is on his porch and very upset.  Her mom, Vera Sandstone, apparently has had a stroke and has been rushed to a hospital in nearby Bobtail, Texas. Jenny needs to get to the hospital and wants Samuel to call Truly Bennett to take care of her horses. Despite his aversion to horses, Samuel takes care of them himself and before long he is at the hospital. 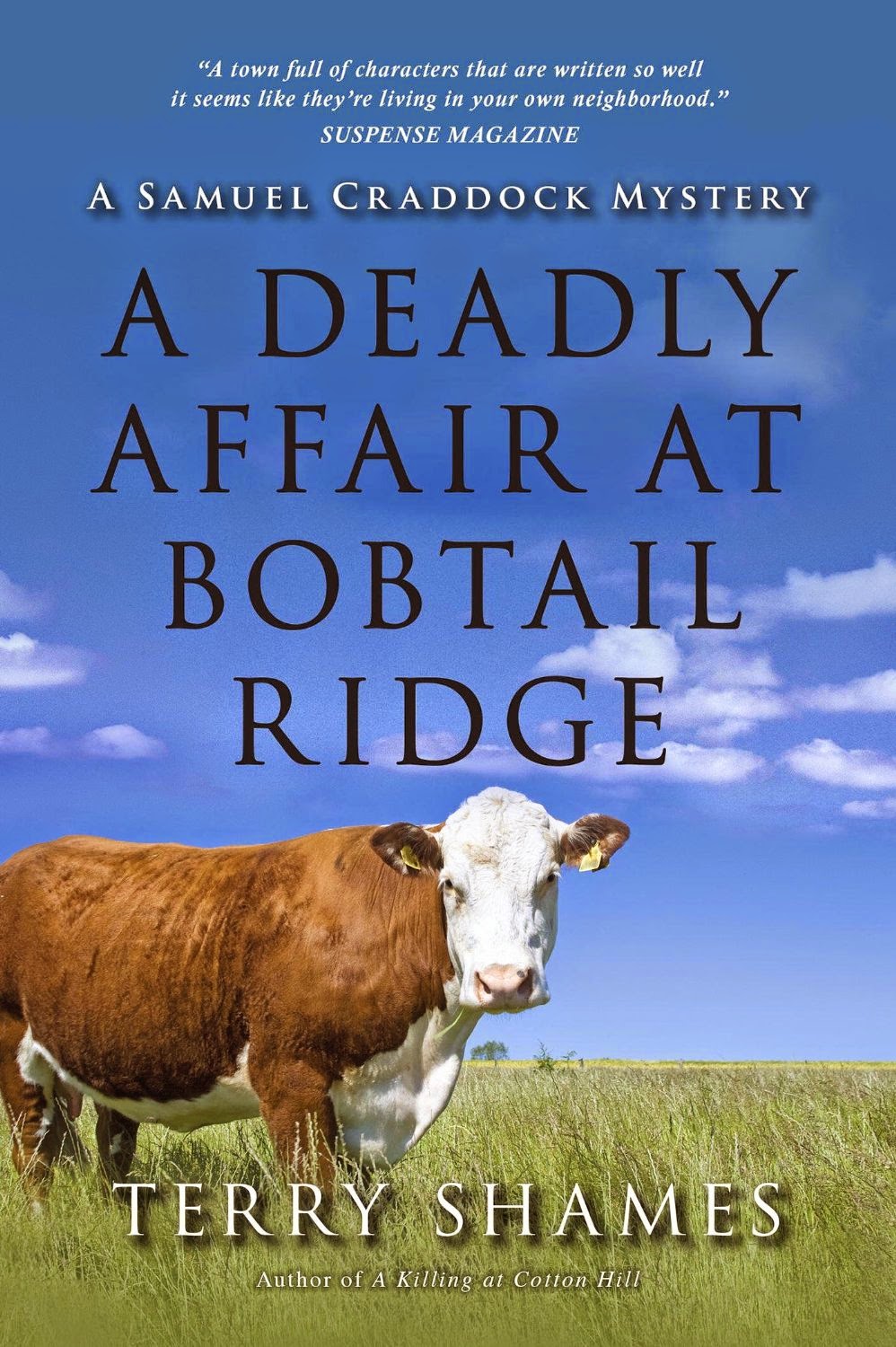 Once there he comes upon an obvious confrontation of some sort in the hallway near Vera’s room between Jenny and some guy who has gone so far as grab her arm. Chief of Police Sheriff Samuel Craddock inserts himself in the situation and learns the man is named Wilson Landreau. He is a public defender and Jenny refers to the whole incident as politics. Jenny makes it clear that not only is there nothing to talk about, she does not want Samuel Craddock involved in any way. One wonders how she would characterize Vera’s cryptic warning to Samuel Craddock just a few minutes later about Jenny being in danger.

Good thing he also knows a thing of two about police work while living in this South Texas rural area located in the middle of the triangle formed by Austin, San Antonio, and Houston. He has been Chief of Police for Jarret Creek before and while he did not really want the job again he is very good at it. It does not take long for Craddock to come to the conclusion that Vera may have been right in her warning. Jenny is clearly in a world of trouble on multiple fronts and refusing any and all offers of help. Who is messing with her and why are just two questions that need to be answered as things escalate. How current events link back to an unspoken horror from more than a decade ago drive the majority of this book.

That is not to say that the various secondary storylines present in earlier books do not continue here. They do which is why this excellent series should absolutely be read in order. Like any real good series, characters grow and evolve, relationship dynamics change, and people age as the books move forward in time. Of course, you could read this fourth installment in the series first, but you really need to go back to the beginning with the award nominated A Killing At Cotton Hill.

Material requested and received for my use in an objective review via the Amazon Vine program.

Another terrific book by Terry Shames. I always look forward to the books in this series, just as I do the books by Steven F. Havill.