Review: "The Lawyer: Stay of Execution" by Wayne D. Dundee

Originally seen in the short story, “The Lawyer” published in Protectors: Stories To Benefit Protect and in the Adventures Of Cash Laramie and Gideon Miles he returns here in The Lawyer: Stay of Execution. While Edward A. Grainger penned the original story, author Wayne D. Dundee penned 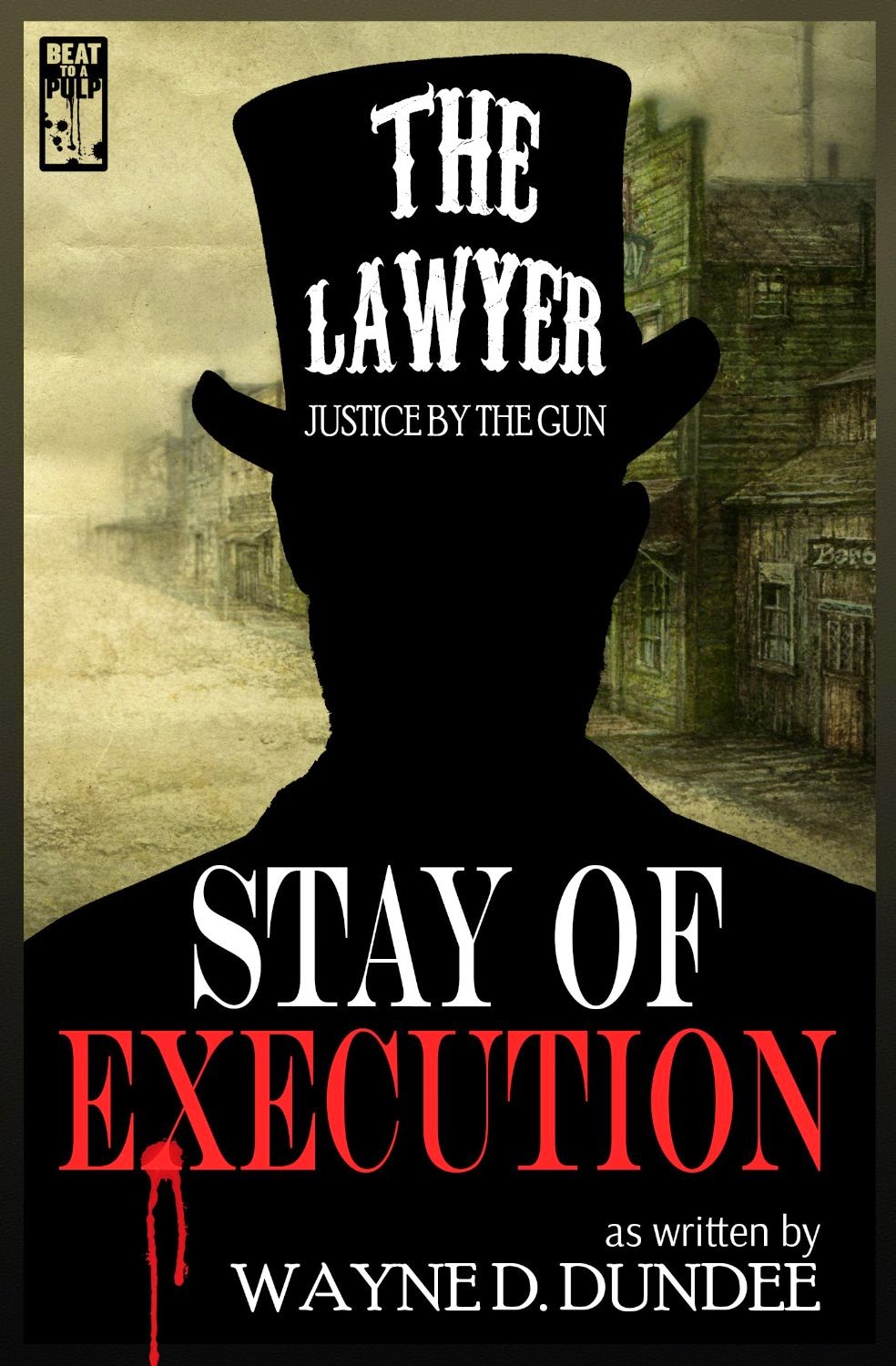 this tale that takes the man known as “The Lawyer” on a new adventure.

As the work opens, the man known as “The Lawyer” aka J. D. Miller is in pursuit of Lou Crenshaw. Unlike what he used to do in the courtroom before a tragedy was unleased upon him and his family, these days the man known as “The Lawyer”  dispenses justice as he sees fit based on his own interpretation and definition of law. Often that is “justice by the gun.” Crenshaw may be one of the men that were involved in the slaughter of Miller’s family. Whether or not the nearby shots at the non-descript broken down farm were fired by Crenshaw is a question that has to be addressed.

What isn’t questionable is that, thanks to the lawyer’s spyglass, he is able to spot three dead horses in the coral at the farm below him. The horses have not been dead that long. More importantly, one of the now dead horses is the same one that Lou Crenshaw had been riding the last few days. The horses aren’t the only things that have been shot. A man and a woman are both down just outside the barn.
As he watches he realizes the woman is alive and very pregnant. She is also clearly trying to help her husband. If Lou Crenshaw was trying to slow down his pursuer he has succeeded wonderfully as the chase will have to wait because these folks urgently need help.

What follows is a typical Wayne D. Dundee western filled with interesting multi-dimensional characters, plenty of action and suspense, and a clear morality at work. This mighty good western is followed by the original short tale “The Lawyer” making the reading experience complete. Hopefully, this is the start of another great series much like the Cash Laramie/Gideon Miles series.

Material supplied by Beat To A Pulp in exchange for my objective review.

I'm happy to say Wayne is working on the next one as well and another terrific author is penning one that I'll announce when the time comes. Thank you for the review, Kevin. Always appreciated.