Friday means Friday’s Forgotten Books hosted by Patti Abbott. Having reviewed the latest short story in the Kate Burkholder series, Only The Lucky yesterday, it seemed like a very good time run again my review from February 2010 of the first book in the series, Sworn To Silence. This is one of those series that you really should read in order and that means you should start here. For more reading suggestions today make sure you head over to Todd Mason's blog where he will have the links later today. 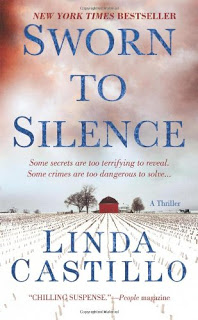 
Raised as Amish until she became rebellious and was, for all intents and purposes, disowned by her family, Kate Burkholder has seen quite a lot over the years. But, nothing prepared her for the sight of the dead woman with roman numerals carved into the skin of her stomach. Just as the killer did sixteen years ago.

Not only is the book, which is very violent and very graphic in several spots, worth your time and effort, it serves as the foundation of what could be an entertaining series. Pray For Silence is the second book in the series and is currently scheduled to be released this June.


Book provided by the good folks of the Plano, Texas Public Library System.