The land is truly in the middle of nowhere in deep East Texas. Isolated, with nothing of any significance at all besides an ageing barn on it, nothing has disturbed the land and it secrets for decades. That is until now because a road is coming through to serve the increasingly population in Texas. The isolated and decaying barn and its secrets lay in the path of that road. Secrets that people will kill to keep hidden from all. 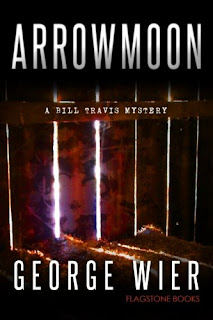 Bill Travis manages money from his office on the western edge of downtown Austin. He has done a few things and knows quite a few people in all walks of life as the preceding novels in this series that began with The Last Call make clear. But, when all the mysteries are cleared up and he has extricated himself from the latest mess he got into, his main job is managing folks money so they make money no matter the shape of the economy. To do that you have to keep your clients happy.

Lief Prescott is a client and right now he is not happy at all. Lief is building highway 119.  The same highway that is eventually going to go right through that isolated barn. Some hot shot lawyer out of Boston has slapped Lief and his company a restraining order banning construction for 14 days.  Lief is incensed as time is money and he can’t have the road building crew sitting around while he is on deadline. He needs help, he needs it now, and he expects Bill Travis to help.

That means Bill Travis is going to have to head over towards the College Station vicinity and make his way to the small town of Hearne, Texas to get with Lief and address the situation.  A situation that will ultimately get bigger and far stranger than Bill, Lief, or anyone else expected. What should be a civil business problem clearly isn’t based on the sniper’s bullet. They should have taken the warning as there are those who won’t stop to protect the secrets of the past.

Once again, Texas author George Weir spins a wild tale featuring many players along with plenty of mystery and adventure.  History, real or fake, plays a huge role in these books and such is the case here in the eighth book of the series. Also present are the usual observations about Texas and family from Bill Travis who may or may not have had a legendary relative at the Alamo. Like every book in the series, Arrowmoon: A Bill Travis Mystery is a fun, fast paced, complicated mystery read that keeps readers well entertained.