Spent most of the afternoon at the hospital with Sandi. Once I got by the sign on her door which I had not seen on any other door until today. 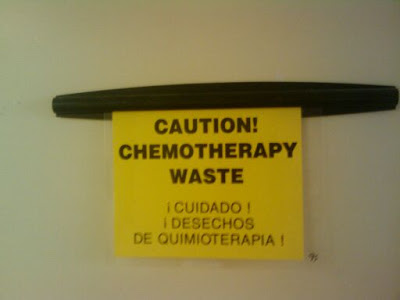 While the bone marrow test results are not back yet, they do have the results of the PET SCAN. The news was not good as the cancer has spread further and appears to be growing in overall size. This was not a surprise as we had all kind of expected more growth based on what has been happening in recent weeks. 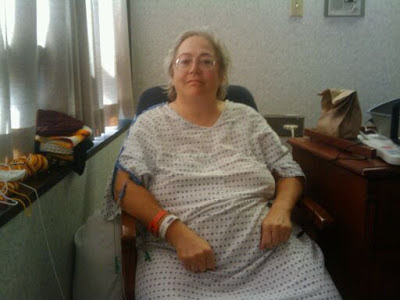 Despite the fact her blood sugar was so high today,  as it was yesterday, they have kept on with chemo. Today was the planned three drug day with all of them running at the same time by IV drip in through her port and PICC Line. At this point tonight only one continues as it won't finish until late tomorrow morning. That particular drug runs for 24 hours. 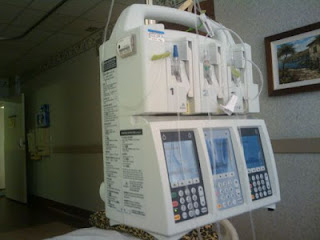 While this is all running into her they are also running saline and potassium into her and giving her a lot of insulin along with a couple of other things that are supposed to help with the blood sugar problem.

The current plan is for her to get yet another drug early tomorrow and then be released very late in the day. She then will have to return on two separate occasions at some point in the next couple of days for shots to finish this first round of chemo. What that schedule is and what the schedule will be regarding round two we don't know yet.