Friday means Friday’s Forgotten Books and this week Barry is back with his review of The Floating Lady Murder by Daniel Stashower. After you read Barry’s review poke around here a bit reading some other stuff before heading over to Patti Abbott’s blog here and checking out today’s list of forgotten books.

An episode from the second season of Monk titled "Mr. Monk Goes to Mexico" contains a tantalizing premise for fans of impossible crime stories: a young skydiver plunges to his death, which is witnessed by his friends on the ground. An autopsy subsequently reveals that the fall didn't kill him; he drowned, apparently in mid-air.


The episode's moments that dealt with Adrian Monk's obsessive-compulsive behavior were often hilarious, but as a mystery it was huge let-down for a couple of reasons. It didn't play fair with the viewer, and the solution was basically a "cheat" because it concerned events only Monk knew about.


The Floating Lady Murder, the second in Daniel Stashower's series featuring Harry Houdini and his brother Dash Hardeen as detectives, employs a similar premise. It doesn't play entirely fair with the reader, but the solution doesn't cheat so it's not likely to disappoint him either. 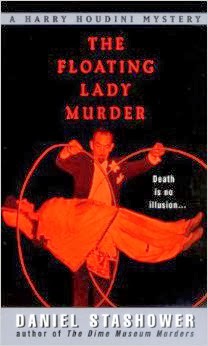 In 1898, Harry Houdini—except in his own mind—has not yet achieved the fame that would later make him known throughout America and abroad. His brother Dash, the story's narrator, though a somewhat accomplished performer himself, serves primarily as Harry's booking agent. Lately he's been unable to secure jobs for Harry and Harry's wife Bess, Houdini's on-stage assistant. Thus, when he reads that Harry Kellar, "the dean of American magicians," is hiring additional crew members for his troupe, Dash suggests that he, Harry and Bess apply. In his vanity, Harry balks at the notion until Dash and Bess persuade him of the wisdom of it.


They are hired, and soon learn that Kellar is determined to debut his Floating Lady levitation when the touring company returns to New York City from Albany. The illusion was conceived years earlier by Kellar's mentor, The Wizard of Kalliffa (a.k.a. Duncan MacGregor). Levitation was common among magicians, but this one was to be spectacular in that the person levitated would float out over the stage and high above the audience. MacGregor's wife, assisting her husband by taking the role of the Floating Lady, fell to her death from a great height when the illusion failed. In tribute to the MacGregors, Kellar wants to perform the illusion on the twenty-fifth anniversary of Mrs. MacGregor's passing. He has only a matter of days to refine it. Working with the Great Man and his stage crew, Harry and Dash devise an effective means of doing so, receiving Kellar's ecstatic gratitude.


The performance has every member of the troupe holding his breath as the beautiful Francesca Moore seemingly levitates high up into the theater's dome, "borne aloft by the hypnotic force of animal magnetism." The audience is enchanted. But then something goes horribly wrong, and Francesca Moore plummets seventy-two feet to her death.


It seems a terrible accident until, during an autopsy, it's learned that Miss Moore's death resulted from drowning, apparently—and impossibly—in mid-air. When one of the stagehands, Jim Collins, is arrested for murder, Harry and Dash are determined to prove his innocence and uncover the real murderer. This they do when Kellar and a rival magician, Servais Le Roy, team up to perform the illusion once again, putting Bess and Harry's lives in peril.


Stashower does an excellent job of bringing the era to life while serving up a well-paced story that's loaded with action, suspense, a great puzzle, and a lot of humor. Dash Hardeen is not a vacuous Watson who marvels at his brother's brilliance. He, in fact, is the brainier of the two. Harry provides the brawn, as well as unchecked egotism that spawns some wonderful comic moments. 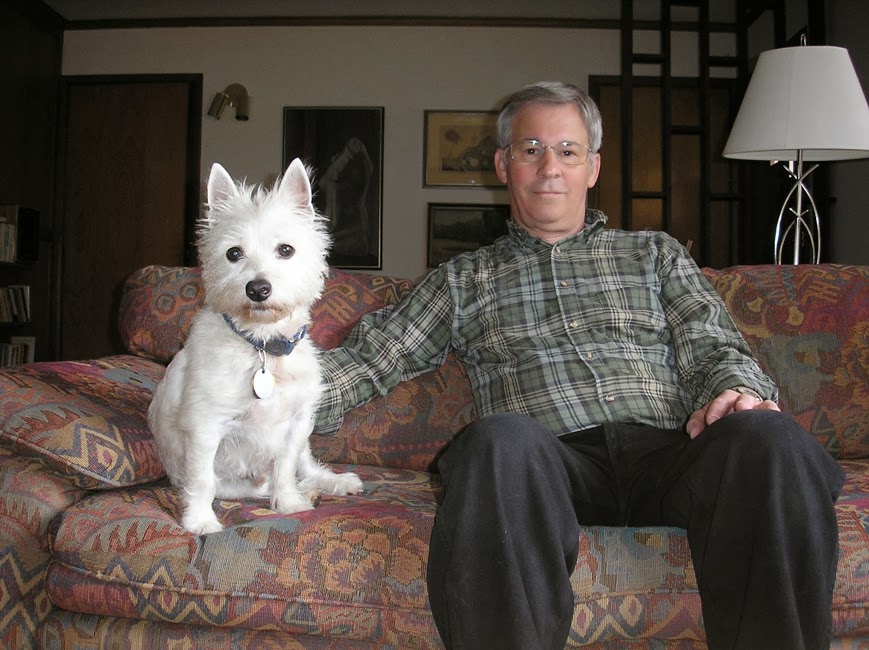 Derringer Award-winner Barry Ergang's fiction, poetry and non-fiction have appeared in numerous publications, print and electronic. Some of his work such as Stuffed Shirt, Dances of the Disaffected, and PUN-ishing Tales: The Stuff That Groans Are Made On are several titles among others available at Amazon and at Smashwords. Visit his website: http://www.writetrack.yolasite.com/
Posted by Kevin R. Tipple at 12:30 AM