Review: "To Hell And Gone In Texas" by Russ Hall

Former Sheriff Detective Al Quinn is enjoying his retirement as well as his small home on the shores of a lake near Austin, Texas.  In some ways he misses his former job, but in others he is glad to be out as 25 years with the Travis County Sheriff’s Department was long enough even if he had a good boss.  His biggest annoyance these days at his isolated home is the drought.  If the unrelenting Texas sun keeps cooking the surrounding area forcing the lake level ever lower he will soon have to do some work to extend the boat dock. 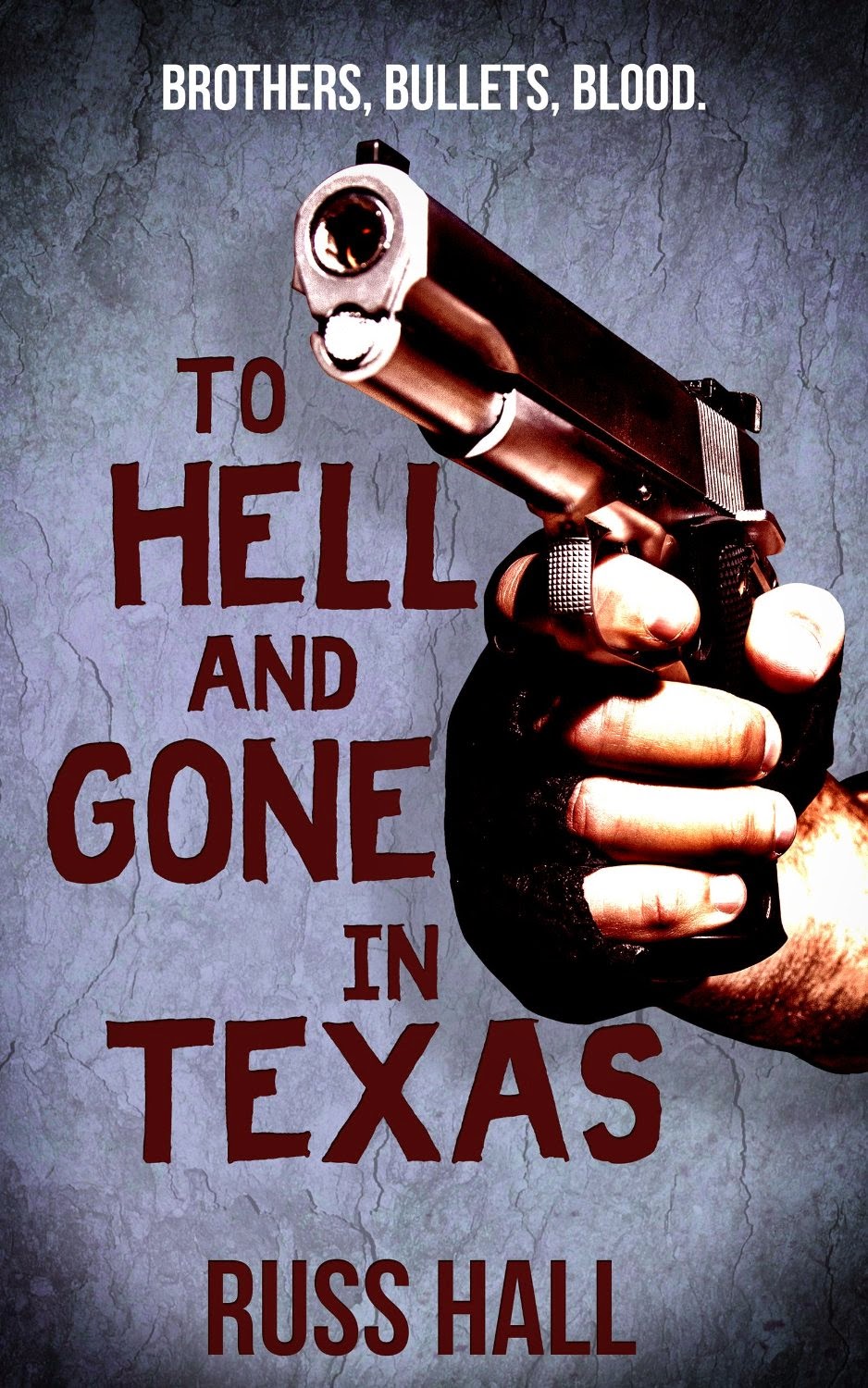 The call from Sheriff Clayton of Travis County, his former boss, changes things. According to Clayton, Ali’s estranged brother, Maury, is in the hospital.  The homicide unit of Austin Police Department thinks it was a possible murder attempt. Sheriff Clayton does not know anymore more and that means Al is going to have to break the twenty year silence between them.

Al soon finds not only Maury in the hospital, but Detective Ferguson Jergens by his side. Al had known her back in High School, even taken her to the Prom, and a lot of years have passed. According to her, somebody gave Maury three tablets of Viagra, a drug he had no prescription for and should have never taken, and it almost killed him. He is still alive and is not out of the woods yet. Whether it happened at the assisted living center where Maury lives or by some other way has yet to be determined. Maury can’t talk.  It also has not been determined if, Maury, a ladies man possibly did it to himself or willingly took the pills offered by others.  According to Detective Jenkins everyone one is a possible suspect and that includes Al because he is the brother and their long history of conflict.

Al may hate his brother for good reason, but he certainly did not attempt to kill him. If he wanted his brother dead he would have done it years ago. He also may be retired and considered a suspect by the beautiful detective, but that is not going to stop him from going over to the assisted living center which is Maury’s home and start asking questions.  Before long a second attempt on Maury’s life is made, Immigration and Customs Enforcement (ICE) agents are involved, and , and members of a notorious Mexican drug cartel are involved in a case that moves all over the Austin area as Maury, Al, and their friends battle to stay alive.

Well known for Bones In the Rain (Blue-Eyed Indian Mystery Series) and quite a few other books, award winning author Russ Hall has a really good book on his hands with To Hell And Gone In Texas. A complex action oriented mystery full of interesting characters, numerous suspects and plenty of clues, as well as lots of local color regarding the Austin, Texas area, this is a book that comes fully alive for the reader.  All of the above is a very long way of saying the book is very good and well worth your time.