Review: "I Am A Roving Gambler: Two Stories Of The West" by Bill Crider

I Am A Roving Gambler: Two Stories Of The West by Bill Crider features two previously published in the late 90s western short stories. Each tale also features a hero that is, in fact, a roving gambler who will also solve a mystery. A hero that found the intoxicating allure of gambling despite the presence of a preacher father who did a fiery sermon in a booming voice as he rode the circuit in the old west. 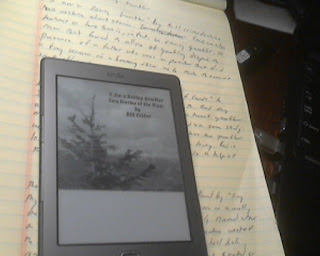 In “Wherever I Meet With A Deck Of Cards” our hero has been invited by Red Collins, owner of the Bad Dog Saloon, to play for the house. He is an honest gambler and prefers to stay on the move, but he could use some steady money and Red clearly could use the help. He has two gamblers working for him already and both of them are lousy.  Red is losing a lot of money each night and he needs the help of the man some call “The Preacher’s Kid.” The deal between them is struck and our hero best keep his wits about him at the poker table as well as away from it.

That western mystery tale is followed by “Lay My Money Down.” Told as a detailed reminiscence, the gambler spent some time in a really bad town known as Vinegaroon years ago. Possibly named after a scorpion, Vinegaroon is a place is on the Rio Grande somewhere west of the Pecos. The Sunset Railroad went through this hell hole as tracks were laid towards El Paso and that created a lawless boomtown of sorts.

October and rain brought the gambler into town looking for a place to get dry and bed down for the night. Considering the town is mainly made up of huge tents huddled together and very few buildings, as well as what is on the floor of one of the salon tents, this isn’t a place to linger. Finding a card game to occupy his time in this place might be a really bad idea. But, playing poker is what he does and there are games to be had.

These two highly entertaining tales feature a hero that is complex, mysteries within a western setting, and plenty of action as the stories work through twists and turns. I Am A Roving Gambler: Two Stories Of The West by Bill Crider is a short read over way to fast as well as a good one.

Material was purchased last month using funds in my Amazon Associate Account in order to read and review.

Email ThisBlogThis!Share to TwitterShare to FacebookShare to Pinterest
Labels: bill crider, collection, I Am A Roving Gambler: Two Stories Of The West, mystery, short stories, westerns