Guest Post: "What to do with the Yadada Yadada" by Lesley A. Diehl

By Lesley A. Diehl

I write cozy mysteries, and although I love plotting the story, I also believe that my stories are character driven tales, life in small communities, life we can all understand, but life disrupted by murder. My husband, who is also a mystery writer, always says of his writing, “I like presenting the murder for my protagonist to solve, and I love creating roadblocks for him before the ending. It’s just all that yadada yadada in the middle.” That yadada can be deadly and, if the mystery isn’t structured to avoid a sagging middle, a writer can lose the reader halfway through the book. Good writers are careful to create plot twists and turns, generate a second plot point, throw roadblocks in the protagonist’s way and develop interesting subplots and likable secondary characters, all to avoid the reader taking a snooze through the middle of the book or turning the pages to rush to the end. Worse yet, that reader may never pick up another book by the author. 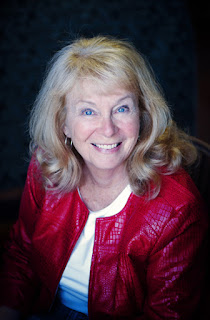 For those of us who write mystery series, there’s a similar fate that can befall the mystery series; a sagging middle around book 3 or 4, where it feels as if the writer has lost traction with the series—the series yadada yadada. The writer seems to be repeating previously used plot twists, uses the same locations over and over, has the protagonist and other characters engage in dialogue that has occurred before and chooses motivation for the murder that is too close to what has been used in earlier stories or the motivation for the murder and the weapon is the same. Unless the writer intends to always have murder by knife because that’s a theme of the series, that writer would be better to select another method for bumping off someone. Since some have argued that a mystery is really the killer’s story, not the protagonist’s, writers fashion a meatier tale when the killer is as almost as clever and innovative as the hero or heroine.

Writers struggle with how to keep a series fresh. One way is to focus on the protagonist and her journey, not simply in a given book, but her overall arc from the first book in the series to the final one. For most series writers, the evolution of our protagonists is what keeps us engaged in our work, and the expression of the passion we have for our characters finds its way into our writing. Readers expect protagonists to change, to be altered by the events writers throw at them. Not only must the murder in the first book and the manner in which our protagonist solves it have an immediate impact, but the residual effects including what our protagonist has learned both intellectually and emotionally about herself and her relationships should be threaded into her next sleuthing endeavor. And we should ask ourselves, what is the cumulative effect of her involvement in these cases? 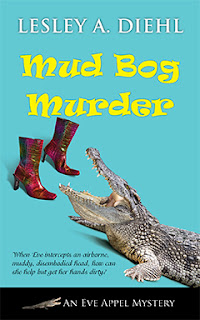 endeavors. We like her not only because she is a good detective, but also for personal characteristics and her treatment of others. Her personal life should develop also. As long as a writer decides to age a character, change is inevitable. Some of it may emerge quite naturally from relationships which mature or the writer may also decide to place the protagonist or another character in a situation demanding radical changes. Both changes, normative and unexpected, make up the fabric of the protagonist’s life and create as much interest in what will happen as the solution of the murder may. They are certain solutions to a sagging series. A warning, however. Radical changes may not fit a character or a writer may introduce them so abruptly that the reader won’t buy the change. Sometimes it’s best to lay the ground work for change in a previous book in the series, a kind of titillation so the reader is intrigued and wants to find out what may happen in the next book.
Elizabeth George shocked most of her readers when she killed off a major character in her Inspector Lindley series. George used the murder of Lindley’s wife effectively in subsequent books in the series by detailing his reaction to her death, its impact upon him personally and in his professional life. It also allowed her to focus on his partner, Barbara Havers and take a closer look at the difficulties in her life. No one could have predicted this tragic event, but it has served the author well in keeping the series reading dynamic and fresh.

In contrast, Nevada Barr chose to have Anna Pigeon marry, but her relationship with her husband has become background in the subsequent books in the series. The reader knows little about the substance of their relationship and, aside from some thoughts about missing him. Anna seems to be unmoved by his absence or presence (he does appear as a secondary character in an adventure set on the Rio Grande. Perhaps this silence is a precursor to marital issues in books to come. In Barr’s defense, I still read her and don’t feel as if her series sags, but Pigeon is almost the kind of iconic character Robert Parker’s Spencer is. We don’t expect change from him.

Aging a character gives the writer many opportunities to keep the writing fresh and the series on its own arc of discovery. A character marrying may provide the future opportunity for children or it may involve becoming a parent to children of the spouse. This should be a change event that lays the groundwork for additional interesting opportunities.

Whether change is part of how our character ages or we choose to disrupt a character’s life by presenting an unusual set of circumstances demanding change, we can use these techniques to insure we infuse excitement and tension in the yadada yadada.

Lesley retired from her life as a professor of psychology and reclaimed her country roots by moving to a small cottage in the Butternut River Valley in Upstate New York. In the winter she migrates to old Florida—cowboys, scrub palmetto, and open fields of grazing cattle, a place where spurs still jingle in the post office, and gators make golf a contact sport. Back north, the shy ghost inhabiting the cottage serves as her literary muse. When not writing, she gardens, cooks and renovates the 1874 cottage with the help of her husband, two cats and, of course, Fred the ghost, who gives artistic direction to their work.

She is the author of a number of mystery series and mysteries as well as short stories. Mud Bog Murder follows the first three books in the Eve Appel mystery series, A Secondhand Murder, Dead in the Water and A Sporting Murder.

Email ThisBlogThis!Share to TwitterShare to FacebookShare to Pinterest
Labels: books, cozies, Lesley A. Diehl, Mud Bog Murder, mystery, mystery series, What to do with the Yadada Yadada, writing, writing advice

Wise information for the writer. Thanks for sharing your insights.

Not so much of a problem for me. I have trouble getting my characters to shut up!

Good info, Lesley! Thanks for the suggestions. None of my series have reached beyond book 3 yet, but I hope they will soon.

Good discussion about keeping a series fresh. I've struggled with this and I'm always looking for suggestions. Thanks for giving me ideas to consider.

As a reader, I've definitely recognized the yadada yadada which leads to skimming which leads to less than five stars and, as you said, not picking up another story by the same author. Thanks for this reminder of what we need to avoid in our writing.

Thanks, Kevin, for hosting me today. I'm glad to hear that I helped with some of my suggestions. Now if hubby would just read this blog, he could avoid the Yadada Yadada, too!

Well said, Lesley. I remember all the uproar when Elizabeth George killed off a popular character. Despite the misgivings of some fans, she knew what she was doing and, as you point out, he gave her a range of emotions to explore and opportunity to expand on my favorite of her characters--Barbara Havers.

Glad that I clicked on your name Kevin. So enjoyed reading this.

I'm a digest reader, so I always seem to be a day late on blog comments. Please forgive my tardiness! I'm interested in what you have to say, Lesley, as I'm currently at work on book six in my dreamwalker series. I've had conversations with other authors about varying means of death. Some do. One friend of mine, to remain nameless, says she always coshes people over the head in her books. I try to vary my ways to kill characters and it has brought richness to my stories. I like variety so it helps me to get excited about each story.

Great information, by the way!

Thanks all for you comments. I love to kill off characters in unusual ways and in odd places. Keeps the reader reading and me on my literary toes.