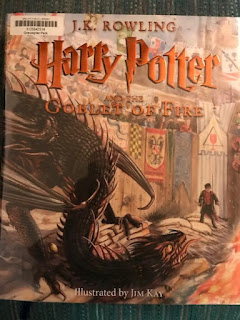 Harry Potter And The Goblet of Fire: Illustrated Edition by J. K. Rowling with illustrations by Jim Kay. This is the 4th book of Harry Potter series and the fourth to come out with illustrated edition by Jim Kay. The same team is supposed to be adapting the fifth book which should be coming out in a few years. Most people who are interested in this series have probably read the original books and the plot remains the same. What is different here is the text is accompanied by large illustrations that change the pace of the book. 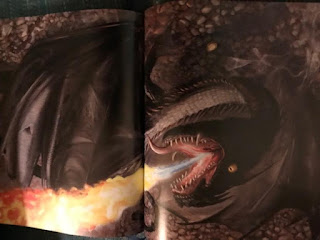 The book illustrations are more stylized and more fantasy orientated than the more realist oriented movie version. There are major changes such as with Victor Krum who is back to being more emo and somewhat ugly as opposed to the Russian style pretty boy jock of the movie. The camp preceding the Quidditch World Cup is illustrated as a whimsical and fun place that clearly showcases how different the Wizarding World Muggle World. Then there are the more subtle illustrative changes such as Harry Potter’s eyes are again green and Voldemort is again red eyed. Both of which were very different for the movie. 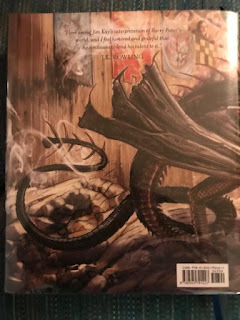 These illustrated editions are a lot of fun and really are cool as they depict things as author J. K. Rowling originally intended. I highly recommend this book as well as the other editions in the illustrated series for fellow Harry Potter type fans.

Material supplied by the Grauwyler Park Branch of the Dallas Public Library System.