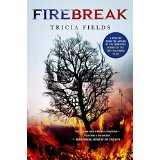 Weather in Texas often is one of two extremes--- flood or fire. It has been a couple years since the floods came to Southwest Texas. Now it has been 9 months since rain fell in the desert area and now wildfire is the threat to Artemis and the surrounding area. The threat comes from the north and south with Artemis trapped in the middle. Evacuations are ordered for parts of Arroyo County, but not everyone will agree to leave. This area of southwest Texas where folks are used to hard times, desert conditions, and relying on themselves and their ingenuity to survive, makes for a people to don’t turn away from a fight.

In the aftermath of the fires that spare the home of Artemis Police Chief Josie Gray, a body is found in the remains of the badly damaged home of Billy and Brenda Nix. If his wife and manager, Brenda, is to be believed Billy is about to make it big with a Nashville music contract. Billy is old school country and sings while playing guitar. Both he and his wife evacuated, according to some of the locals, but neither one is answering their cell phone. They may be up in Austin lining up future events or somewhere else. In the chaos of the evacuation they were seen at least once, but nobody really knows where they are or why they would not be answering their cell phones.

The location of the Nixes, the identity of the body, and figuring out what happened should be Police Chief Josie Gray’s priority and focus. A focus that isn’t easy to maintain, as thanks to the events in Wrecked, her longtime boyfriend has packed up and left. Getting kidnapped by a drug cartel can kind of put a damper on the whole romance thing. Four months later and normalcy is a foreign concept for both her and Dillion.

Firebreak is the fourth in a series that began with the award winning The Territory. This latest mystery features once again the deep characters and desert beauty present in the earlier books as well as the complicated cases Police Chief Josie Gray and her team must solve. This is a series best read in order as there are references to earlier events in each novel. The books are very good and so is Firebreak. If this series is new to you, it will be another year before Tricia Fields has another so get to work as you have some very good books to read.

I read THE TERRITORY and enjoyed it very much, but i haven't been back to this series. Thanks for reminding me, Kevin.

Best to read in order, Larry. A lot of things have happened between that one and this one.