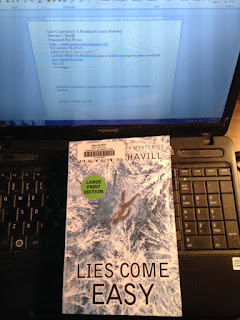 A Posadas County Mystery is always a special treat and the latest, Lies Come Easy, is no exception. It is late on a snowy Friday night and just three days before Christmas. Undersheriff Estelle Reyes-Guzman is looking forward to the end of her swing shift. That is until she gets a call from Deputy Pasquale who just found two and half year old Derry Fisher out on the side of a local highway. The little boy’s father, driving his red truck, had been seen minutes earlier by the same deputy who then spotted the son clad only in a T-shirt and diaper, socks, and sneakers trying to ride his Scamper down the side of the New Mexico highway in a snowstorm.

Whatever reason Dad put him out, the first matter of business is to get the child warmed up and checked out at the area hospital. Despite the weather and lack of clothing, the little boy seems relatively okay though final word will come from the oncoming EMTs and later hospital staff. Dad can and will be dealt with later.

Also of immediate concern is a missing persons alert from the US Forest Service. One of their range techs is missing as is his truck. Myron Fitzwater was supposed to be headed for nearby Stinkin’ Springs, but he has not been seen there or anywhere else in recent days. Not only is he missing, but his girlfriend, Constance Suarez, has been found deceased by way of a gunshot. What happened and why are two questions that need to be answered as is the question of whether Myron did it. He needs to be found immediately.


If all this is not enough, it is the holidays and the now grown kids are headed home for a very short visit. Undersheriff Estelle Reyes-Guzman needs to spend at least some time at home with the family. She is a cop and a good one, but she is also a wife and mother and time with the entire family is an increasing rarity. Something she has been well aware of for quite some time and the recent loss of her own mother brings that concept front and center. Her ability to find uninterrupted time at home with her family seems to be increasingly elusive as crisis after crisis rocks Posadas County. 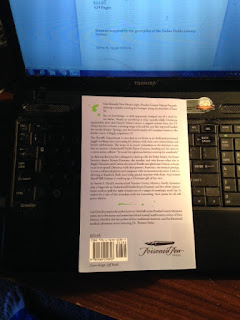 Family has always been a major theme of this series. Family by blood as well as by friendship. Family in terms of the loss of a parent and the grief that comes from that even when that death is caused by nothing more than old age. That theme is certainly, present here as those undercurrents occupy a large part of the ongoing background in Lies Come Easy. The years pass and the inevitable and, for those left behind the unthinkable, finally happens.

Eighty-four year old William Gastner, the former sheriff and key component of so many of these books over the years, is well aware that time waits for no one. He too has plans for the coming future and uses this moment to make some suggestions that will fundamentally change the future for everyone he loves and cares about.

Also check out this interview with the author:
https://poisonedpenpress.com/interview-with-steven-f-havill-author-of-lies-come-easy/