A Legend is Born

Back around 1999, I had a young man come up and ask for information about South Holston Dam.  I figured it was for a school report, so we went back to the Genealogy/Local History room and I pulled books on TVA.  He gave them barely a glance.  He wanted, he said, the real books about South 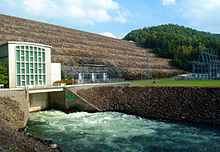 Holston.  Puzzled, I asked him to be more specific.  “You know,“ he said, “the ancient legends.” I must have continued to look blank, because he finally clarified in a whisper.  “About the vampires.”

Comprehension dawned.  As you’ll see momentarily, that is a pun.

In 1991, a paperback book came out entitled Dawn of the Vampire by William Hill which caused a minor sensation in the area because it was set in this area—specifically, around South Holston.  The book used the fact that during the construction of the various dams and lakes in the system, a number of small communities were relocated.  The original sites ended up submerged.  Mr. Hill had heard about the underwater towns from some friends while visiting the area and immediately decided to change the setting of his work-in-progress vampire novel to South Holston to take advantage of that creepy history. 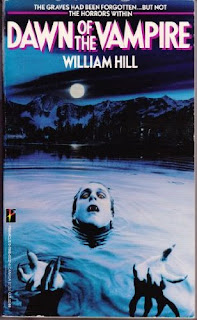 “No, it’s a true story.  I want the real legends that he based the book on.  My grandma told me about them when I was just a little boy.”

I did the math.  Yep, he would have been about nine or ten when the book came out so to him they were old legends.  That young man was just the first of many to inquire about the “old legends.”  The problem was that prior to Dawn of the Vampire, there weren’t any legends about vampires.  TVA construction on what became South Holston began in 1942 and was completed in 1950, so any legends in connection to the submerged towns would have had to have been twentieth century vintage, and we had seen none among the collections of ghost stories from the region. Even a letter from the author confirming that he just made it all up fails to convince some of our more enthusiastic vampire hunters.  They leave still firmly believing that somewhere there are ancient tomes detailing vampire activity and the library is just part of the cover-up.

But at least we don’t have the problems of Burkittsville, MD, setting of the “The Blair Witch.” After the movie came out, they had hordes of people searching for the real story behind the events of the movie.  Believe me, I felt for those folks. 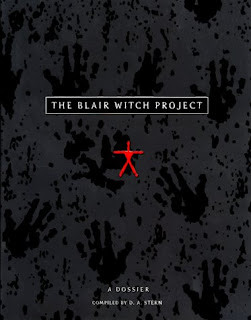 Personally,  I love a good ghost story, especially local ones.  However, sometimes it isn’t a good idea to probe too deeply—not because of supernatural retribution but because of disappointment.  A few years back some enterprising students took on the legend of a ghost named Vera who was said to haunt a local college.  Vera had been an unhappy student who committed suicide there.  The investigation led to Texas, where an elderly woman was quite surprised to find out she was supposedly haunting her old school.

I’m just going to listen to the stories, believe or not, and enjoy them for what they are.
Posted by Kevin R. Tipple at 12:30 AM

I have to admit I enjoy reading a good ghost story. I've also written a few myself. Do I believe ghost stories are real? Some of the ones I've collected here in NJ are supposedly true. I'm a skeptic though. But Halloween is the perfect time for spooky supernatural tales.

I'm not disparaging ghost stories at all. We have a number of family ghost stories. I feel a kinship with the lead character in Paul Gallico's The Hand of Mary Constable: he's a debunker who wants desperately to believe but is ruthless about those who set out to deceive. My favorite family ghost story is "The White Handkerchief"-- a mysterious white handkerchief that appears to various family members and just floats in the air in front of them awhile before disappearing. One was cleaning his gun at the time and claims to have put a shot right through it, but it continued to float disturbed. It's my favorite becaue it means nothing. It's not a portent of doom or precursor to any event. It just happens. And my contention is that it's more likely to be be true because no one would make something like that up. If it were made up, there would be some meaning to it, as humans always try to assign reasons for things.