HISTORY’S RICH WITH MYSTERIES: "H. H. Holmes: UPDATE – Was he Jack the Ripper?" by Earl Staggs

It has been quite awhile since Earl was here with one of his “History’s Rich With Mysteries”guest posts. Earl is back today with an update on H. H. Holmes who he first wrote about last October.

When I look at the past, I find stories about people which fascinate me, particularly those in which there is a curious mixture of fact, legend, and mysterious uncertainty. In this series of articles, I want to explore some of those stories. I think of them as mysteries swaddled in legend. While truth is always desired in most things, truth easily becomes staid and boring. Legend, on the other hand, forever holds a hint of romanticism and an aura of excitement borne of adventure, imagination and, of course, mystery. 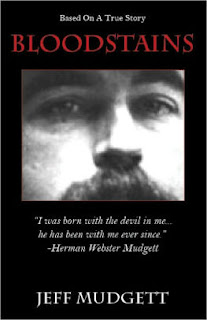 Jeff Mudgett believes his great-great grandfather, one of America's first and most prolific serial killers, was also London's Jack the Ripper. He studied his ancestor for more than twenty years and presented his evidence in his book, BLOODSTAINS.

I wrote about H. H. Holmes and his “Murder Castle” in this space a year ago. He may have killed as many as two hundred people, most of them during the Chicago World's Fair of 1893. That's more than the total killed by Jeffrey Dahmer, John Wayne Gacy, Gary Ridgway, and Ted Bundy combined.


Convicted in 1894 of murder and fraud, the man born Herman W. Mudgett in Gilmanton, New Hampshire in 1861, who later changed his name to H. H. Holmes, was hanged in Philadelphia on May 7, 1896, nine days before his thirty-fifth birthday.

His great-great grandson, Jeff Mudgett, a retired attorney and former U.S. Naval Reserve Commander, also formed a theory that Holmes substituted someone else for the execution and made his escape. That theory was disproven when the body was exhumed, and a DNA test confirmed the identity of the corpse as H. H. Holmes.

Holmes was a scandalous figure in Chicago even before his murderous exploits were revealed. He was a talented con man who sold fake medicines, engaged in shady business deals, and was married to three women at the same time. He bought life insurance on people, presented stolen cadavers as their remains, and collected on the policies. Hardly a day went by that he was not threatened or sued by people he cheated or owed money to.

That is, until a period in late 1888. For several months, Holmes' name was not bandied about in the newspapers or the courts of Chicago. Mr. Mudgett discovered evidence which shows a passenger named H. Holmes sailed to England during that time and was there when Jack the Ripper claimed his victims. Mudgett was assisted in his research by CIA criminologist Amaryllis Fox. The two of them traveled to London to study the five murders in the Whitechapel section of the city attributed to the Ripper.

Here is some of the evidence they developed and presented:

. . .based on how his victims were carved up, London investigators were convinced Jack had anatomical or surgical knowledge. Holmes graduated from medical school and was a surgeon.

. . .a handwriting analysis indicated the writing of Jack and Holmes was a 97.95% match.

Critics of Mudgett's conclusions say Holmes and the Ripper could not have been the same person because their methods of killing were different. They point to the fact that the Ripper slit the throats of his victims, then removed various internal organs. Holmes, they say, did not do that. I could argue that perhaps he did.

In fact, Holmes killed in a number of different ways. Some of his victims were suffocated while some were given a deadly overdose of chloroform. Others were hanged, gassed, poisoned, or starved to death. The manner of death of many of his victims remains unknown since he incinerated many of them, left some to disintegrate in acid or lime pits, and stripped some down to skeletons which he sold to medical schools. For these reasons, it is not known how many he killed by which method.

It's quite possible he slit the throats of some of his victims and disemboweled them as Jack did during his Whitechapel reign of terror. It's also possible that Whitechapel in 1888 was a “training period” for Holmes during which he experimented with killing in the manner associated with Jack the Ripper, but moved on to other methods when he was back in the US by the beginning of 1889.

While in prison awaiting his execution, Holmes wrote a memoir which included his confession to twenty-seven murders, even though most counts put that number close to ten times that amount. He said nothing about the time he spent in London. Was that because he was not Jack the Ripper and did not commit the Whitechapel murders? Before trying to answer that question, consider the overall credibility of his confession.  Some of the twenty-seven people he said he killed were later found to be very much alive. With that in mind, it seems futile to place any credence in what he admitted to or did not admit to. One has to wonder, after the life he'd led, if he was in his right mind by then or if reality has escaped him.

Over the years, a large number of suspects have been offered as the real identity of Jack the Ripper, some supported by convincing evidence. None of them, however, has been compelling enough to exclude all the others. Jeff Mudgett's belief that his great-great grandfather was the Ripper can be considered a suspect as strong as the others.

The bottom line is that we still don't know beyond a shadow of doubt who Jack the Ripper really was.

And, most likely, we never will. 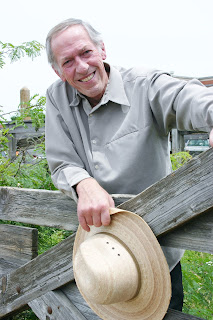 Earl Staggs earned all Five Star reviews for his novels MEMORY OF A MURDER and JUSTIFIED ACTION and has twice received a Derringer Award for Best Short Story of the Year.  He served as Managing Editor of Futures Mystery Magazine, as President of the Short Mystery Fiction Society, and is a frequent speaker at conferences and seminars.

He invites any comments via email at earlstaggs@sbcglobal.net
He also invites you to visit his blog site at http://earlwstaggs.wordpress.com to learn more about his novels and stories.

I remember your piece on the Holmes castle, and it still gives me the creeps. I wouldn't want that man in my family.

I watched the TV series American Ripper on Mudgett's claims. He raised some good theories early on, but the conclusion left some serious doubt on whether Holmes actually was Jack The Ripper. Still, not ruling out the possibility. Good stuff, Earl.

You and me both, Jacqueline. Hard enough to understand how anyone can murder one other person, but to kill twenty, thirty, fifty, or two hundred other human beings just boggles the mind.

I wouldn't want him in my family either, Susan. Just imagine how Jeff Mudgett felt when, as a grown man, he learned his great-great grandfather was H. H. Holmes. That would be hard to digest.

John, I watched the TV series, too, and that's what spurred me to write this update. I wasn't aware of the Ripper connection until then.