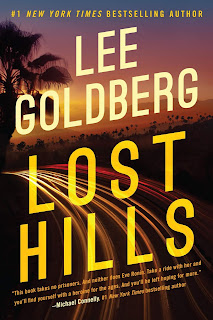 Los Angeles County Sheriff’s Department Deputy Eve Ronin did not make working homicide by putting her years in and working her way up the ranks. She did it the old fashioned way by taking advantage of her sudden celebrity status. That happened at a very good time for her as the Sheriff needed to exploit her for some good press for the department.

Despised by many, Eve Ronin is now the youngest homicide detective in the department’s history. She is acutely aware of how other sees her as well as her own lack of knowledge. She is determined to learn as fast as possible and not fail. Easier said than done, because the odds are stacked against her.

The slights come in many ways and that may include the fact that she has been paired with the soon to be retired Duncan Pavone. Detective Pavone is literally counting the days--163 when the book begins--to his retirement though it is clear to her that he cared at one time about doing the job. He has a lot to teach her and the first lessons of her crash course soon arrive by way of a crime scene straight out of a horror movie nightmare.

While the outside ranch home deep in Topanga Canyon just looks old and neglected, the inside is splattered with blood on nearly every surface. Tanya Kenworth is not to be found in the house, nor are her two kids, Caitlin and Troy. The kids are ten and eleven. From the scene inside the home, Detective Pavone and Ronin are pretty sure they are dead and dismembered. Where they are and who is responsible is the focus of Lost Hills by Lee Goldberg. 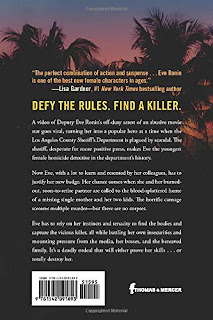 This is a fast moving read that reminds one of the Ballard series by Michael Connelly. It is therefore not surprising that he provides a blurb that is splashed across the bottom of the front jacket of the book. For those well versed in police procedurals or crime fiction in general, there are times that the book comes across a bit simplistic, such as explaining the construction and use of “flash bangs.” There is a certain made for television style to the read and one can easily see how it could be done for Amazon streaming at some point in the coming months.

At the same time, despite the obvious clichés and what not, Lost Hills, is a fun and fast moving read that keeps the reader fully engaged. It spins a complex tale rapidly and throws enough misdirection at the reader that some of the clichés do not bother as much as they would in the hands of a less talented writer. The result is that Lost Hills by Lee Goldberg is worth your time.

The next book in the series, Bone Canyon, is currently scheduled to be released January 5, 2021.

My reading copy came from my childhood haunt, the Audelia Road Branch of the Dallas Public Library System.