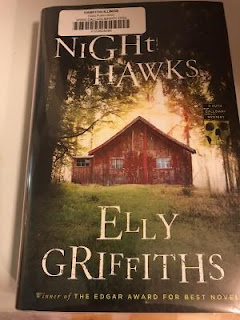 It is the middle of September 2019 as The Night Hawks: A Ruth Galloway Mystery by Elly Griffiths begins and locals are on a spit of land jutting out into the North Sea. It is dangerous to be out on the spit of land as the tide is coming in, but the group is out there using metal detectors as they are on a quest.  Recently some Iron Age coins were found in the area and the group, known as “The Night Hawks,” are in the spirit of the hunt. They did not expect to find a body.

But that is what they did find, and clearly it is a person that has been deceased for only a short period of time. That means cops and ultimately DCI Nelson and his team.

Ruth Galloway is back at the University Of North Norfolk and is the new Head of Archeology. Phil Trent has accepted early retirement, so Ruth is back and adjusting to her new position. For now, she is resisting the urge to force the staff to call her supreme leader. Though it would be fun. 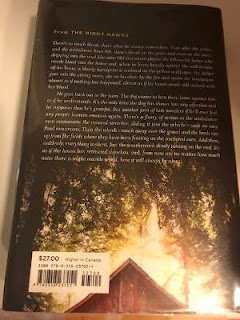 Soon after the body is found, DCI Nelson, who is being pushed by his boss to retire, calls Ruth to the scene to examine the body. The first of several interesting cases in The Night Hawks: A Ruth Galloway Mystery that keeps Ruth and the police working hard in the days to come.

The latest in the long running series is another good one. Complex and well-established characters and their various relationships serve as the backdrop to the mysteries at foot. There are a number of mysteries at different levels of complexity at work in the read. The result is a complicated book that leaves open the possibility of significant change in the series.

The Night Hawks: A Ruth Galloway Mystery by Elly Griffiths is strongly recommended. As is the series that is best read in order.

My reading copy came from the Hampton-Illinois Branch of the Dallas Public Library System.