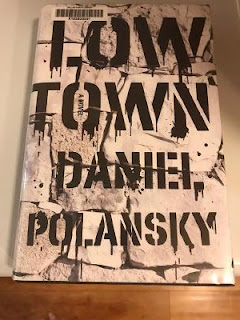 Low Town by Daniel Polansky is the first book in a dark fantasy series that began in 2011. It revolves around a man known as “The Warden.” A former war hero, he worked as a secret police officer until he fell out of favor with his former comrades and was subsequently terminated. He then reinvented himself as a drug dealer. He lives and works in “Low Town” which is an impoverished area filled with poor people, criminals, bent coppers, and the occasional person that has the ability to wield magic.

Soon after the read begins establishing who he is and his circumstances, The Warden stumbles across the body of a murdered little gurl. Initially, he plans to stay out of it, but his former comrades are more than willing to blame him for the murder even though they very well know he did not do the horrible crime. To avoid execution for a crime he did not commit, he is forced to investigate the murder to find the actual person or persons responsible.

This violent adult read stars a cynical sarcastic lead and occasional flashes of humor. While the story is current, there are the occasional flashbacks detailing how the Warden came to be the way his today. It has a certain noir feel despite the fact that the read is a fantasy tale with magical elements present. 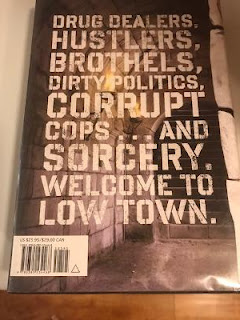 While each character is fairly unique, the read is a bit predictable at times. For example, the bitter loner who lives at a bar and does drug deals there and is eventually befriended by a street-smart orphan who becomes his apprentice and a person he cares about despite all public utterances otherwise. Some readers may also be triggered by mentions of a plague that took place during the childhood of the main character who has PTSD and does drugs. Lots of drugs.

Despite these facts, this read was fun and kept me entertained throughout. Overall, I enjoyed this debut novel from this author who now has published several more works that I plan on reading once I finish with his first series. I look forward to reading book two in the series, Tomorrow, The Killing.

My copy came from the Central or Downtown Branch of the Dallas Public Library System.