Guest Post: LONG STORY SHORT: How the Pandemic Made Me a Short Story Writer by Kathleen Marple Kalb (Nikki Knight)

How the Pandemic Made Me a Short Story Writer 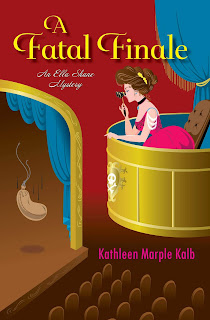 I’ve always admired short story writers. The ability to sketch vivid characters and tell a full story in a few thousand words seemed like a magical thing. More, as a radio news anchor in my day job, I know it’s actually a lot harder to write short than long. It’s a gift.

One I was very sure I didn’t have.

Until 2020 pulled the rug out from under all of us.

At that point, I was a debut mystery author, firmly convinced that I’d spend the foreseeable future writing and selling novels to all of those wonderful readers who were just waiting to see me at the bookstore.

By publication day, I was helping teach Virtual Fourth Grade in my son’s bedroom, doing my weekend radio shifts from my husband’s home office, and writing whenever I had five minutes and a flat surface for a laptop. But at least I was still writing, working on the next novel, even though everything just felt wrong.

Even the writing, which had never happened before. Writing was always the thing that felt right, the escape from my stressful world.  I’d written much of one book in the hospital waiting room during a family health crisis, so I knew about working through tough stuff. But not this time. Whether it was the stop-and-start from Virtual School, the energy drain of trying to sell a debut book entirely on social media, or just the daily horror, this time, I just wasn’t getting there.

Still, I kept at it. Kept myself open to ideas.

And then my local Sisters in Crime chapter announced plans for a short-story anthology. I thought: “Okay. I’ll try it, just to show support – and give them something to reject.” 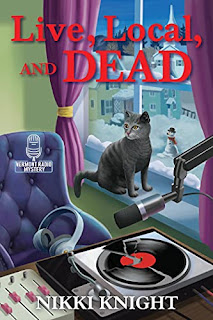 I went in with no intentions at all, just an interesting bit of information that had come up in my research for an historical mystery blog post, and a little research (I was a history major, that’s what I do!) about what makes a good short story. Then I just sat down and started.
The tight focus and careful plotting required to tell a good story in a small space didn’t feel limiting, as I’d always thought they would for a novel writer like me. Instead, it felt familiar and satisfying, like writing a news story at work: getting all the facts (plot points) and the color to bring it to life, in the few seconds you have.

I hadn’t realized what fun it could be to write, and condense, and sharpen a story that way.

I also hadn’t realized how satisfying it could be to start a project with a very clear goal and finish it fairly quickly. The great thing about writing a novel is that you may not know where you’re going until you’re partway there. It never occurred to me that there was a lot of pleasure in knowing exactly what you have to do as you build it.

That first story was so much fun, I started looking for more short ideas, and wrote several, mostly involving characters from my books in situations outside the main timeline. The process of looking for short story ideas has helped me as a long-form writer too, because I’ve learned to consider how much space a given plot needs.

That first story is now in a New York/Tri-State Sisters in Crime anthology, after the advice and polishing of two very smart and helpful editors. And another one of my stories will be in a Creative James Media anthology early next year.

I’m still working on a couple of novels. But I’m also still writing short stories when I get a good idea for one.

And whatever I’m writing, I’m amazed at how much I’ve learned by branching out into short stories.

The biggest lesson, though?

Never assume something isn’t for you. That you don’t have the right gift or the right skills…or that you wouldn’t enjoy it. 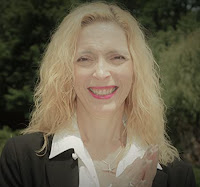 Kathleen Marple Kalb is the author of the Ella Shane historical mystery series for Kensington Books, and as Nikki Knight, the author of LIVE, LOCAL, AND DEAD, coming February 8, 2022 from Crooked Lane.  She’s a weekend radio anchor in New York City and a weekday mom in suburban Connecticut.

Kathleen, I appreciated your post. I had a similar experience writing and trying to run virtual third grade, and short stories were a great writing outlet. Congrats on your novel and your short story sales!

Thank you! It's good to hear I'm not the only one!

Great post, Kathleen! I enjoyed your story in Justice for All. Keep them coming!