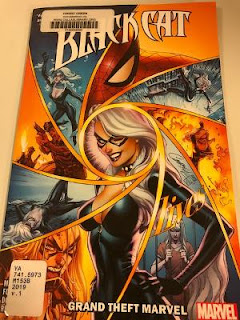 Black Cat Volume 1: Grand Theft Marvel by Jed MacKay features the sometimes villain/sometimes hero, Black Cat, as she commits a series of heists in the Marvel Universe. In this volume, she plans to rob Doctor Strange and the Fantastic Four. Robbing one of the most powerful wizards and robbing a family of superheroes won’t be easy.

Her crew in Black Cat Volume 1: Grand Theft Marvel consist of two loveable oddballs that provide much needed humor at times. They serve as foils for Black Cat to play off of while also having the necessary skills to assist with the planned thefts. 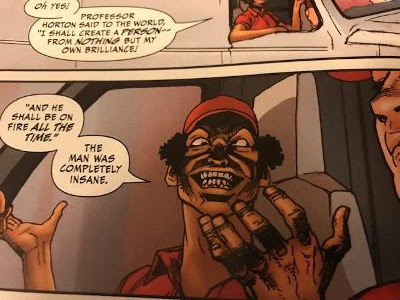 This volume has a couple of drawbacks. For one, despite appearing on the cover Spider-Man is not in the read at all. Additionally, the art on the cover is considerably better than the art actually used in the book. The panel art is for the most part, decent and serviceable, though there are some scenes where the artist depicts faces strangely and in a distracting manner. 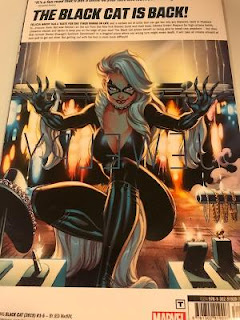 Overall, despite the drawbacks, Black Cat Volume 1: Grand Theft Marvel by Jed MacKay is a fun light hearted crime thriller read that does not take itself very seriously. This is the first volume of an ongoing series. The second volume is called Black Cat Volume 2: On The Run.

My reading copy came from the Forest Green Branch of the Dallas Public Library System.