It is always a pleasure when Earl Staggs makes a guest appearance here on the blog. Not only is Earl a good friend, he is a two time Derringer award winning author with many short stories as well as novels to his credit. His most recent novel is the thriller featuring Tall Chambers titled Justified Action.  Tall Chambers is also featured in the just released “mini-novel” Rescue. 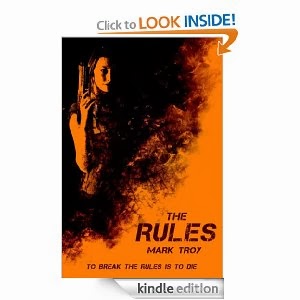 Ava Rome is sharp and she’s tough. In her profession, she has to be.  She protects people.  If your life’s in danger, hire Ava.  You know she’ll do her job because she prides herself on never breaking the hard and fast rules she set for herself.

When Ava takes on the job of protecting a shadowy businessman’s son, however, sticking to her rules becomes a problem. Part of the problem is that besides being sharp and tough, she’s beautiful.  The young man she’s protecting wastes no time letting her know he’s attracted to her.   Ava is also human, and in spite of herself, finds herself in danger of breaking her most rigid rule.

This story moves at a fast pace and you’ll see how a professional in Ava’s line of work goes about doing her job.  All the while, suspense and tension build to a breathless, exciting climax. As a deadly storm rages outside, an even deadlier one erupts inside. Something completely unexpected happens, and Ava’s problem becomes keeping herself alive.

I highly recommend The Rules.  You can’t go wrong when Mark Troy writes about Ava Rome and Hawaii.


Earl Staggs ©2013
Rescue, Justified Action, Memory Of A Murder and more at your favorite bookstore and online at http://www.earlwstaggs.wordpress.com