Guest Post: An Author’s Focus in the Chaos of Publishing by C. Hope Clark

Please welcome C. Hope Clark back to the blog today…

An Author’s Focus in the Chaos of Publishing  by C. Hope Clark 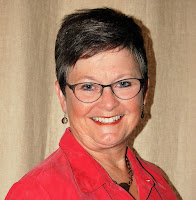 Somewhere along the way, probably with the onset of indie publishing, authors lost sight of why they became writers. Not everyone, but a good many, with a chunk of the new entrants never having understood to start with.

The why we write used to be to create a deeply satisfying book. No matter how long it took. It had to be written, rewritten, edited and re-edited. It had to ferment and distill over time to become a book someone wished to retain in a permanent library to be read again and again.

Now sales rule. The situation is not the author’s fault, necessarily, but instead has evolved with the industry. Books sell for less, are easier to produce, easier to distribute, and easier for more people to become authors. But the number of readers (demand) hasn’t increased with the number of books published (supply). Simple economics means you have to sell a higher quantity to earn the same income one would have made even three years ago, not to mention five or ten.

So authors write faster. Facebook, Twitter, Reddit, etc. abounds with groups bragging about daily word count and goals of three to even twelve books a year. While authors can be prolific (which used to mean a book a year), one has to wonder if the writers are more focused on production than the love. 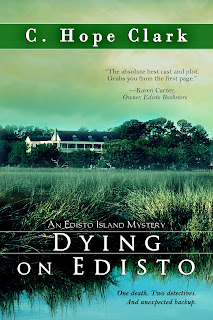 But many would argue that an author has to eat, which means more sales, more writing, faster writing. It’s painfully true. This pace also leads to burnout and anxiety. Just read comments in Facebook groups where writers are freaking about how to do more, get their name out, best the Amazon algorithms, and advertise yet a new way on Facebook.

A writer has to write. But even more so, writers need to write for themselves. We miss the concept that we can stroll to our notebooks with coffee or tea in hand and immerse ourselves into our worlds, reappearing at the end of the day with whatever creation came about. Just writing. Just storytelling. No emails, social media, word count per hour, or hourly ranking checks on Amazon.

Becoming the characters, living amongst the players in a setting so beautifully displayed that the reader doesn’t want to leave. A world the writer cannot wait to return to the next morning. A story the writer never wants to end. A journey.

Personally, I don’t believe in writer’s block. But if a writer struggles with putting words to paper, my solution is simply this. Unplug from the computer. Remove goals, all goals. Remember how in your youth you envisioned how a writer was supposed to create? How magical it was supposed to be? The study. The cup. The right type of pen. Nothing more.

There you go. Write for the fun of it. Go back to when all you wanted was to tell a story.

C. Hope Clark’s latest release is Dying on Edisto, Book 5 of the Edisto Island Mysteries. She has also authored one other award-winning mystery series and is working on another. She founded FundsforWriters.com, selected by Writer’s Digest for its 101 Best Websites for Writers for 18 years. Her newsletter reaches 35,000 readers. www.fundsforwriters.com / www.chopeclark.com

When a renowned—and now dead—travel blogger washes ashore on the banks of Indigo Plantation, Edisto Beach Police Chief Callie Morgan agrees to head the investigation as a favor to the county sheriff, whose reasons are as questionable as the death itself. When death turns to murder and a watchdog from the county makes her investigation difficult, Callie reluctantly turns to Carolina Slade and Wayne Largo, vacationing agents with the Department of Agriculture.

Because poison is growing on this plantation and someone knows how to use it well.

TESTIMONIALS
Murder, corruption, and page-turning intrigue are usually the elements that shine the brightest in mysteries like Hope Clark’s latest Dying on Edisto. But it’s the characters that bring a vivid literary element to Clark’s prose and create a strong emotional response to their tangled lives. The scenic town of Edisto Beach is peopled with a modern-day pirate claiming to be a descendent of Blackbeard, a degenerate travel blogger, a yoga teacher who drives a baby blue vintage Benz convertible, a mixed race waitress and her matriarchal grandmother, and a whole slew of wealthy and crooked good ole boys. Leading the cast are two strong female protagonists—a police chief and an investigator with the Department of Agriculture. Did someone say hemlock? —Susan Cushman, author of Cherry Bomb and editor of Southern Writers on Writing

"In a plot as complicated as the numerous waterways that create Edisto Island in South Carolina, C. Hope Clark has combined the characters from her two series to solve the murder of a renowned travel blogger. They mystery requires all of their detective skills and blends the two mystery worlds in a page-turning standalone. The story opens with a floater and progresses with edge-of-your-seat action. Prepare to be absorbed by Clark's crisp writing and compelling storytelling. This is one you don't want to miss!"--- Carolyn Haines is the USA Today bestselling author of three mystery series. She is the author of over 80 books and has received numerous writing awards.

Hope Clark converges her sleuths, Carolina and Callie Jean, on Edisto Island for the finale, Dying on Edisto, concluding her two murder mystery series. Slews of fans always awaited these highly addictive and superbly penned novels - grabbing you from the first page and not letting go until the last. A pristine, sleeper sea island, two determined masters of law who butt heads, a mystery corpse from Atlantic waters, a few idiosyncrasies along the way - the absolute best cast and plot for an intense coastal thriller. ~Karen Carter, Owner, Edisto Bookstore
Posted by Kevin R. Tipple at 1:00 AM