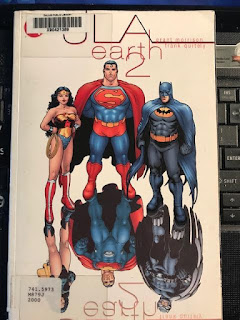 JLA: Earth 2 by Grant Morrison and artist Frank Quitely is a story that features a good Lex Luthor from Earth 2. In fact, he is the lone hero of Earth 2. In Earth 2, The Justice League is evil and goes by the name of The Crime Syndicate Of Amerika. The Crime Syndicate rules the world with an iron fist led by Ultraman (evil Superman), Owlman (evil Batman), and more. Desperate for any chance to win his war against the evils of his world, Lex Luthor makes a bold plan to go to Earth 1 and beg The Justice League to return with him to his Earth. He has a plan to save his Earth. He needs 48 hours and their help to implement it. The Justice League members agree and the fight is on to save Earth 2.

This story was published back in October 2000 so the roster of the Justice League is different from the current books. At this time the roster includes seven members: Batman, Martian Manhunter, Superman, Wonder Woman, Flash (the Wally West version--not Barry Allen), Aquaman (post losing his hand and sporting a hook for a hand and never wearing a shirt), and the Green Lantern (Kyle Rayner). It is worth noting that this is when Kyle Rayner was either a rookie green lantern who was the last green lantern or one of the last depending on the artist and the time period. 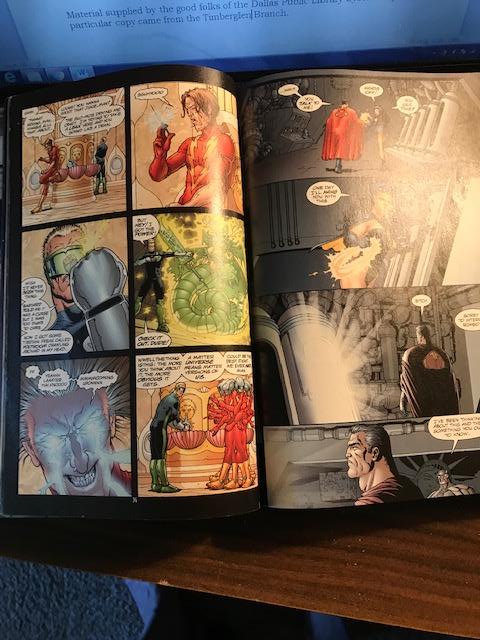 This was also when they had Aquaman was going through a phase where the writers tried to make him a Conan the Barbarian type dude or some sort of weird /pirate/warrior/king hybrid so that he theoretically would be cooler to readers. Hence, he is depicted as bearded with long hair and shirtless, and has a hand missing which means he now has a hook. His look is completed by having him wearing some sort of metal breast plate on his chest that gives folks a nice target by exposing one nipple.  Someone thought this was a good look for him during that time. Why? Who knows, but they thought this nonsense worked and so they made him look like this for awhile.

JLA: Earth 2 is one of several tales that Grant Morrison wrote over several years that were centered on The Justice League. This particular one can be read as a stand-alone and without having read the other books in the series that some readers refer to as the “Big Seven of The Justice League” books.

The art style in the read takes some time to get used to as the male characters are also ripped to extreme levels and their faces are a bit rough. Superman and Lex Luthor suffer the worst art wise and are depicted not even fitting in chairs. Then there is the cover which depicts Superman with a very prominent bulge in his clothing.  The art is not the highlight of this collection. The story is and it is a good one. 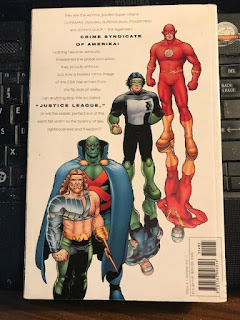 I enjoyed the debates on ethics and whether The League should intervene in the affairs of another Earth was fun. Seeing twisted versions of the Justice League and the interactions between them and the heroes is one of the cooler parts of this story. The ending is not very typical for a comic book and surprised me. Every heroic character gets their time to shine in this story and the villains get their time to remind people they are nothing like the good guys. I enjoyed this story. It is a short read and I wish they went into more detail about the parallel world and their villains.

JLA: Earth 2 is a fun and enjoyable read, but it is dated thanks to the unintentionally funny depiction of Aquaman. The person who approved this depiction of Aquaman has some serious issues. While it would be fine to just read this one, if you want to read the rest of the run start with Justice League of America: New World Order which features a mullet sporting Superman and the rest of the Justice League vs an army of White Martians.

Material supplied by the good folks of the Dallas Public Library System. My particular copy came from the Timberglen Branch.