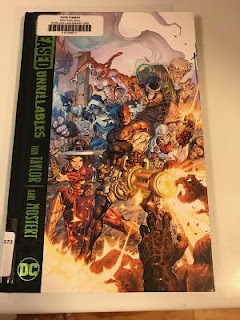 DCeased Unkillables by Tom Taylor and artist Karl Mostert and others is part sequel and part parallel story spinning out of the original DCeased. Parts of the story take place at the same time as the events of the original series so this story contains spoilers for what happened in the original series and parts take place immediately after. DCeased Unkillables features mostly characters who were not present in the original one. There are two teams that joined together to fight the infected and survive. Here the villains and heroes have to team up and fight together to stay alive.

The first team features villains such as Deathstroke, Bane, Cheetah, Deadshot and more. The second team features Gotham survivors and heroes, Red Hood (the 2nd robin who is now an adult so he goes by a different name), Batgirl (Cassandra Cain, who is one of the Batgirls---yes, there are several Batgirls now for those non comic book readers) and Jim Gordon. The teams have to unite to fight the undead, but things are more extensive and complicated that that.

The action, humor, and horror elements are as good here as in the original series. The artwork is by a different artist who I personally find is not as good. The interior art is less colorful than on the cover and at points in the story faces are not depicted well, which can take away from the moments because it is distracting. 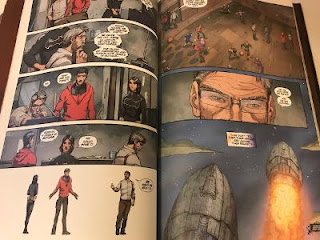 This read contains only three issues, but is selling at the same list price as the original series with far more content, so this is considerably less bang for your buck if you are buying it. This story also features plenty of choices that require horror movie logic by characters that are considered tactical geniuses, but make basic common sense errors. As like in the original series, there is a lot of death and gore for adult readers for so one should not let a kid near this story.

If you loved the original series, you should enjoy this one. There should be two more trades coming out this year for this universe. Dceased: Dead Planet which features the surviving members of the Justice League which includes children and sidekicks of the original team returning to Earth. This book is a sequel to DCeased. 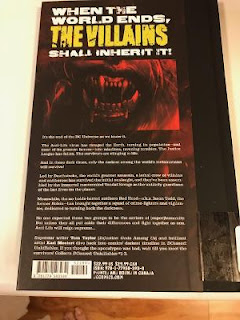 Additionally, a prequel to parts of DCeased titled DCeased: Hope at World’s End is also coming out later this year. The read takes place during the war between the original Justice League vs The Infected during the events of DCeased (it had a large time skip between one of the issues of about a year) which features the original Justice League trying to win the war that they lost against the infected and rescue the surviving humans of the world. So, there is plenty of DCeased universe material that DC comics plans to publish for fans of this elseworlds series. I look forward to reading both when my local library gets them later this year.

My reading copy came from the Park Forest Branch of the Dallas Public Library System.