Guest Post: OUTSIDERS ARE POPULAR IN FICTION, MYTHS, AND OUR HISTORY by Lynn Hesse 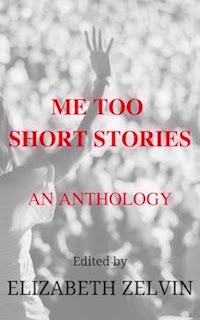 OUTSIDERS ARE POPULAR IN FICTION, MYTHS, AND OUR HISTORY

Protagonists in American crime and mystery novels and film are usually outsiders. The moral fortitude we all hope to muster in a crisis is in reserve in our fictional heroes. The insurmountable mountain is climbable by our main character, whether it’s built on bureaucratic red tape, corruption, or violent street crime. True, the gray areas of discretion creep in and when justice isn’t served by our institutions, sometimes our main characters deliver their own brand of justice.

Texas Rangers, the 2001 western movie based on real life after the Civil War, which was directed by Steve Miner and starred Dylan McDermott, didn’t do well at the box office. Probably, the harsh justice doled out by McDermott’s character to most criminals without a trial disturbed the public’s comfort zone concerning what a “good guy” is.  James Van Der Beek played a young ranger recruit that reminded Captain Leander McNelly he must conduct himself according to a higher standard.

There must be a code. Jeff Lindsay’s Dexter series is based on the premise that even a serial killer can balance the scales of justice by taking out the guilty, who should’ve been punished for heinous acts but weren’t. The reader or the viewer of the Showtime series overlooks or understands Dexter’s need to kill because he cleanses society of violent criminals. Many times, the wrongdoer appears as a valued, respectable member of the community, whereas Dexter is a sociopath with a learned code of behavior, a misfit with a high-functioning reclusive personality.

Clara Shannesy Blythe, the protagonist in my upcoming suspense novel, The Forty Knots Burn, is a con artist. She can tell a fortune or pull off an elaborate art heist of an Edward Hopper painting at a gallery opening. Clara charms her marks and uses illusion to promote the promise of good fortune or slight of hand to steal a masterpiece while their attention is directed elsewhere. She understands that charismatic people can make us believe anything is possible.

For example, Abraham Lincoln must have had a certain something to compel people to trust him. This heroic historical figure had an elongated build caused by Marfan syndrome, which made him stand out as different and prone to melancholy. A person from humble beginnings with mental health issues and physical restrictions can even be the President of the United States of America — or so his life or the myth surrounding his life promotes. It gives us hope.

Many myths revolve around the idea that the underdog should win. In principle we don’t like bullies. This feeling is not surprising because our country was founded by revolutionaries. We celebrate when the least favored team or person wins on any playing field. Even Santa Claus is a recluse living in the North Pole with his wife and elves. One might think in the beginning it took a while for the general public to grasp the idea of giving every child in the world a gift on Christmas Eve as economically and physically feasible by the jolly guy in a red suit. Of course, the 1923 poem “A Visit from St. Nicolas,” which later became “The Night Before Christmas” claimed by Clement Clarke Moore in 1837, furthered the myth in United States.

In contrast to the idea of the little guy winning the big prize is the human desire to blame others when we are hungry, afraid, or weary of poverty and isolation. We pick the groups unlike ourselves and deem them dirty or evil. We vent our anger on minorities. In fact, we may invent reasons to hate them. In The Forty Knots Burn, we see bias on both sides of the Roma and non-Roma cultures. Clara must come to terms with her own prejudices when her non-Roma mentor dies.

In this decade with social media, the truth hidden between the societal fringes is more complicated than in the past and affects the books being read. The term “prepper fiction” literature floats through the news in connection with the “redoubt movement” phenomenon; VICE #2, Episode 10, Land of The Free & Ethiopia’s War Within, documents this trend. In the first part of the exposé, citizens move to less populated states like northern Idaho to live with like-minded conservative people. Some would declare they have dropped out. However, journalist Vegas Tenold interviews a mother who hosts a popular podcast and lives in the Idaho wilderness with her family. She tells the reporter she is willing to go without a working toilet in lieu of gaining many freedoms. This idea of being an outsider or eluding restriction is part and parcel of the American mystique as exemplified in Walden or Civil Disobedience by transcendentalist Henry David Thoreau. He might agree it’s not any wonder our fiction and film are full of characters portraying rogue individualists.

Whether a fiction writer, screenwriter, or historian we embrace our myths and tell our stories.

Lynn Hesse won the 2015 First Place Winner, Oak Tree Press, Cop Tales, for her mystery, Well of Rage. Her novel Another Kind of Hero was a finalist for the 2018 Silver Falchion Award and won the International Readers’ Chill Award in 2021. Her short story “Jewel’s Hell” was published September 2019 in Me Too Short Stories: An Anthology by Level Best Books and edited by Elizabeth Zelvin. Her short story “Bitter Love” was accepted for publication in Crimeucopia’s November issue 2021 for Murderous Ink Press, United Kingdom.

Thank you, Laura. I love that you were a go-go dancer in the '60s. I'm still dancing especially in the Dancing Flowers for Peace.-Lynn