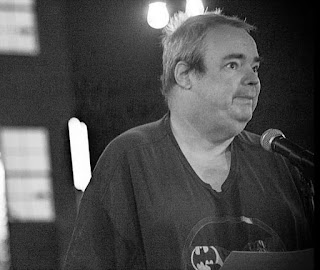 Back in July, I told you of my four favorite books of the year to that point. Today as the year winds to a close, I give you more favorites. 15 books in all. Several books are series and I recommend reading in order. One is an anthology and the second one in the series is now out and in my eBook TBR pile.

As I said before, I remain very slow reading wise. Everything I do now is way slower and takes a lot more effort than it seemed to be just a few years ago when I had to juggle so much more as a husband, caregiver, dad, etc.

I am also back editing a little bit here and there while also working on a possible idea for an upcoming anthology that I was invited to submit to last night. Writing anything fiction wise is brutally hard now as I have not done any of that since the end of 2016.  My mind is not working anything like it used to so the process now, for me, is liking trying to learn to ride a bike from scratch all over again.

Without further ado, I offer you eleven more reads on top of the previously four suggested reads for a grand total of 15 books for the year. The list includes two anthologies. The books selected refer my personal tastes, biases and all that jazz. I am not saying that these are the best books. I am stating that they were my favorites during the past year. 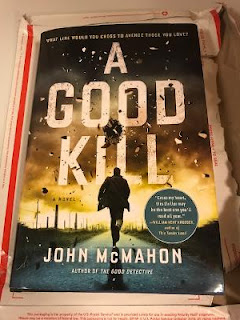 Building off of The Good Detective and The Evil Men Do is the third book in the series, A Good Kill. This read by John McMahon ties up some things that have been going on in this entire series. It begins with a school shooter in Fall Magnet Middle School and that means a full-scale response by the police department of Mason Falls, Georgia. P. T. Mason and his partner, Remy Morgan, arrive on campus to find one gunman holding three students and two teachers hostage. The hostages are being held in the art room. The read builds from there and goes far beyond a school shooting. The rest of my review from July can be read here. 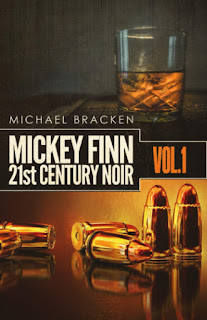 Mickey Finn Vol. 1: 21st Century Noir, edited by Michael Bracken, is a dark read as one would expect. After all, as the title makes abundantly clear, this is an anthology of noir style short stories so one does not expect sweetness and light with sunshine and flowers with flying unicorns and rainbow kisses. That being said, some of these stories are very dark and disturbing. The kind of tales where you finish the story and you need to take a break for awhile before getting back to the read. The rest of my review from July can be found here. 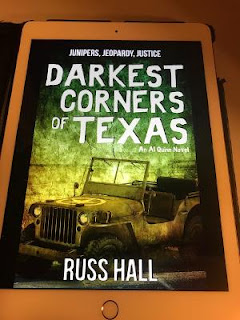 Darkest Corners of Texas: An Al Quinn Novel by Russ Hall opens with Al Quinn working on his boat at Lake Travis. He would rather be on the water fishing, but the bilge pump had other ideas. Fergie is at the boat with him and is the first to spot the boat coming at high-speed right to their dock on what used to be a quiet and far less populated lake. But, urban sprawl out of Austin means a lot more houses, a lot more people, and many more visitors than the old days. The rest of my review from July can be read here. 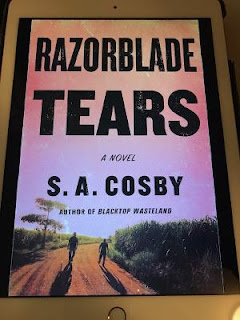 It has been fifteen years since Ike Randolph walked out of Coldwater State Penitentiary. He changed his life and built a business. He has a good life now, but he is still a black man in America with all that entails. Cops on the doorstep does not bode well. You can read the rest of my August review of the incredible Razorblade Tears by S. A. Cosby here. 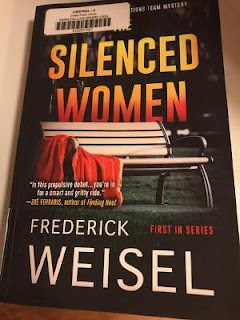 A murder has happened again in the same areas as others as The Silenced Woman: A Violent Crime Investigations Team Mystery by Frederick Weisel begins. For Violent Crime Investigations (VCI) leader Eddie Mahler, the body on the bench in Spring Lake Park, Santa Rosa, California, is clearly yet another kill by a man he has been chasing for two years now. He knows the same guy has done it again and is sure of that fact. He could not prove it before and his marriage and his health has suffered greatly because of that fact. You can read the rest of my review from August here. 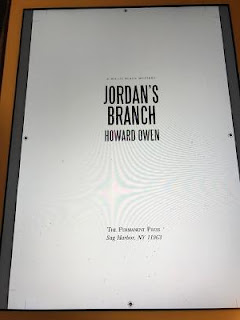 It is early September 2019 as Jordan's Branch: A Willie Black Novel by Howard Owen begins. Reporter Willie Black knew that Stick Davis has been dead for quite a while when he sees the body. More than half a dozen times somebody shot the man. Once someone had thoroughly through ventilated Stick David, he or she left, and now Willie Black has found the body. You can read my August review here. 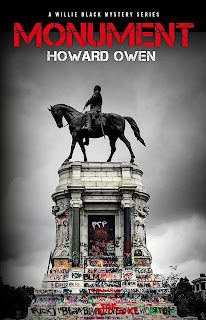 After you read that, you should move in to the next book in the series. It is May 2020 as Monument: Willie Black Mystery Series by Howard Owen begins and just a few days after the death of an unarmed black man in police custody occurred in Minneapolis. There have been Black Lives Matter protests all across the county and that includes Richmond, Virginia, where reporter Willie Black has been on the story. A story that is expanding as the protests become increasingly violent. You can read the rest of my November review here. 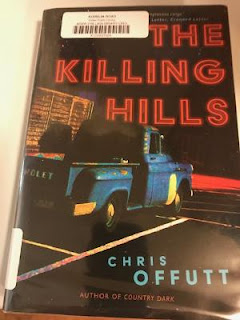 Mick Hardin, an agent in the Army Criminal Investigation Division (CID), is back home in the Kentucky hills as The Killing Hills by Chris Offutt begins. Home on leave with a family problem that is not going to get fixed by drinking himself to sleep each night, he is at his grandfather’s place. That makes it easy for his sister, the new sheriff, to find him. You can read the rest of my August review here. 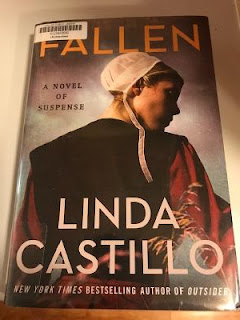 Painters Mill, Ohio, Police Chief Kate Burkholder has responded to a lot of crime scenes. The one at room 9 of the Willlowdell Motel as Fallen: A Kate Burkholder Novel by Linda Castillo begins is one of the worst she has ever seen in her career. From the carnage, it is clear that the woman was savagery beaten to death. It was some sort of frenzied or overkill attack. Rachel Schwartz’s final moments were horrific. My August review can be read here. 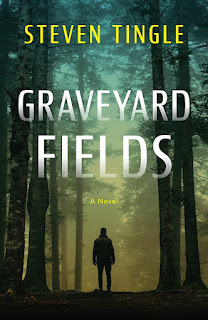 Former Charleston Police Officer Davis Reed is missing a woman and much of his life due to pills, alcohol, anger and anxiety issues. He has fled home for a change of scenery and an attempt to focus himself. For the next six months, he is living in a cabin in Cruso, North Carolina, with the intention of writing a book. The book is to be on the true story of the B-25 plane crash at nearby Cold Mountain. There were no survivors in the crash just after WWII. The fact that he has no experience writing, beyond police reports and whatever he did for his private detective gigs, does not deter him from the book writing plan. You can read the rest of my review of Graveyard Fields by Steven Tingle here. 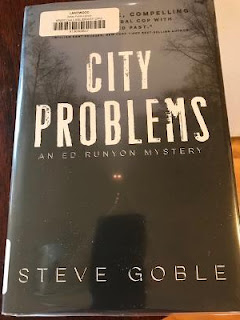 City Problems: An Ed Runyon Mystery by Steve Goble takes several classic tropes and generates a compelling read. Ed Runyon left the NYPD after the search for a missing teenager ended in her brutal and savage murder. Haunted by his failure to save that girl from her torture and death, Runyon ended up in Ohio working for the Mifflin County Sheriff’s Department. You can read the rest of my review here.

There you have my list. I hope, if you read them, you enjoy the books.

Years ago, Chris Offutt taught a fiction writing class at the Wesleyan Writers Conference. It was one of the best classes I ever had, and I still refer to my notes often. Glad to see he has another book out. I'll definitely track it down.

This was the first book of his I had read. Enjoyed it. Hope for more in the series.