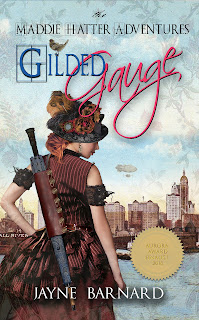 After decades of ceding the historical costume drama to British television, it’s high time for American production to back some territory. HBO’s lavish new series, The Gilded Age, is a late-1800s drama rooted among the fabulously wealthy NYC families that used to crowd their debutante daughters into Mrs. Astor’s 400-person ballroom. The debs dancing at glittering balls were the Kardashians of their day: followed, photographed, and interviewed. Their lavish weddings and cutting-edge wardrobes were guaranteed to sell magazines, their lives the envy of millions. You don’t need to know all the political and social and geographical forces to enjoy the show; you need only see characters whose actions and motives are understandable to you despite that foreign-to-you context.

As well as villains and victims, mysteries need to show the reader sleuths, suspects, red herrings, and character development that builds credible motivation. On top of the basic year or era, historical fiction should include politics, social structures, setting, and appropriate technology. SFF demands questing characters, adventurous plotting, and often a world that differs startlingly from our own. Each element adds to the word count.

This then is the essence of  genre blending: integrate your world-building with the lead characters’ thoughts and actions; make the crime’s motivation specific to those characters with their era/alt-world upbringing; commit your crime—or solve it—with technology or other elements unique to that time/place/culture. 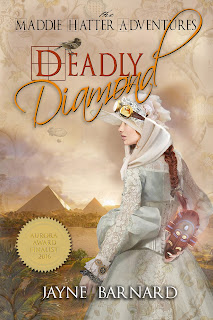 The Gilded Age gets the mystery treatment in the “Gilded Newport” novels by Alyssa Maxwell: these same NYC families, but at their multi-story marble mansions in Newport Beach, as seen through the cynical eye of a poor relation who writes for a newspaper. In the second of my Maddie Hatter Adventures, Gilded Age NYC and some historical personages overlap with Alyssa’s, and my heroine also writes for a newspaper. Maddie faces far more than fearful Society matrons and fashion faux pas, though: she must tackle impostors, kidnappers, and industrial spies seeking to steal a new millionaire’s unique clockwork gauge.

That blend of crime, historical, and fantasy elements in ‘Gilded Gauge’ won the Alberta Book of the Year (which usually goes to local history novels or literary fiction) and a Prix Aurora nomination for Canadian science fiction & fantasy, as well as hitting local bestseller lists four times and starting a new worldwide Steampunk sport: parasol dueling.

Whatever genres you’re blending, start with the foundation garments—those essential elements of each---and then add texture afterward, like beadwork and ribbons on a Gilded Age gown. 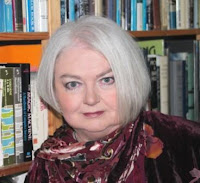 Jayne Barnard’s novels won her the Canadian Crime Writing Award of Excellence and the Alberta Book of the Year. She’s been shortlisted for both the Prix Aurora and the UK Debut Dagger. With dozens of short stories sold, she’s won the Calgary Crime Association Award, the Bony Pete/Bloody Words award, and was 3x bridesmaid for the Great Canadian Story prize. She lives in a vine-covered cottage between two rivers, keeping cats and secrets.

Peek into her Maddie Hatter Adventures at http://ow.ly/niW150F74tX