Scott's Take: The Death Of Doctor Strange by Jed Mackay 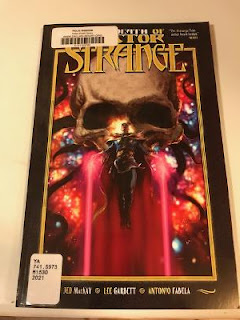 The Death Of Doctor Strange by Jed Mackay collects the series about the last days of Dr. Strange’s life. Hero, Avenger, Doctor, Sorcerer Supreme, the magnificent Dr. Strange has been many things in his life, has had many adventures, and faced numerous foes. However, no matter how powerful or smart or brave a hero is, they all eventually die. In this tale, Dr. Strange has been murdered which now allows various foes to invade the Earth. It’s up to the heroes of Earth who are used to Dr. Strange solving any problem involving magic to face off against the unknown. At the same time, a mysterious investigator must uncover the murderer of Dr. Strange.

This tale is a love letter to the character of Dr. Strange while showcasing how important he is to the Marvel Universe. This tale includes Clea (Dr. Strange’s wife), Wong, Bats (the ghost dog), various Avengers, and various enemies of Dr. Strange dealing with the aftermath of his death. His death had many far-reaching repercussions. 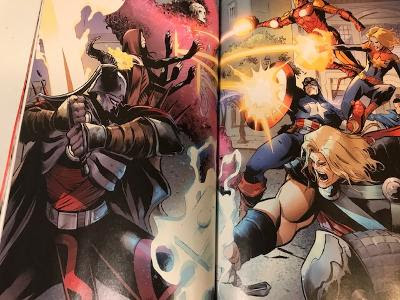 My main complaint is that there is not enough time dealing with the grief of Dr. Strange’s death because the focus is so much on moving the plot forward. For example, there is very little time spent on how his death affects the students at his academy. The art is very good and there is plenty of action and mystery for fans of Dr. Strange. I highly recommend The Death Of Doctor Strange by Jed Mackay for both new and experienced fans of Dr. Strange.

This series is followed by Strange which deals with the new Sorcerer Supreme. That series has only a couple of issues out and not enough to be released yet in trade paperback. As such, there is no release date for the trade book.

My reading copy came from the Polk-Wisdom Branch of the Dallas Public Library System.