Friday means Friday’s Forgotten Books. This week Barry is back with his review of THE SINATRA FILES: THE SECRET FBI DOSSIER edited by Tom and Phil Kuntz. After you read the review head over to Todd Mason’s blog for other books to consider...

In 1943, the Federal Bureau of Investigation began what over five decades became a 1,275-page dossier described by the editors as “a trove of insights into Sinatra’s life, his turbulent times, and, perhaps most important, the Hoover-era FBI’s invasive and at times almost voyeuristic ways.” 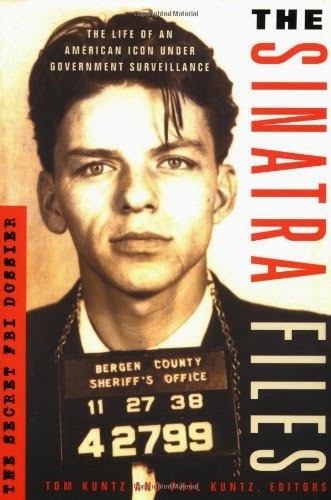 The primary issues the dossier dealt with were whether the youthful Frank Sinatra dodged the draft during World War II, whether he was affiliated with and/or a member of the Communist Party, and how deep his associations went with organized crime and a fair number of notorious and powerful mobsters including Lucky Luciano and, especially, Sam Giancana. The Bureau also kept a watchful eye on his political connections, which included the Kennedys, Richard Nixon and Spiro Agnew, and Ronald Reagan.

Politically very much a liberal for many years, Sinatra was also the target of several conservative columnists, some of whom “informed” on him to the FBI, probably not altogether from patriotic motives. In any event, they and others engendered his lifelong distaste for the press.

The editors have reduced the dossier to its essence, which resulted in a 320-page paperback (I read the Kindle edition). This, I hasten to add, is a good thing because so much of the text, some of which is redacted, is repetitive, and not just within chapters, but from one chapter to another. The Sinatra Files is a book for those of us who are fans, and even many fans, unless completists when it comes to material about him, will find it too monotonously dry and repetitious to plod through.

Derringer Award-winner Barry Ergang’s website is http://www.writetrack.yolasite.com/. You can find some of his written work at Amazon, Smashwords, and Scribd.