Ben Kendall was known to be a hoarder. The piles of debris outside his home tended to indicate that. Anyone who looked inside would know it as well, but he allowed very few access. Once he finally made it home from Vietnam he had wanted to be left alone all these years. For the most part he had been. That meant he also did not get the help he needed to deal with the trauma of war and what he saw and experienced there as a combat photographer. 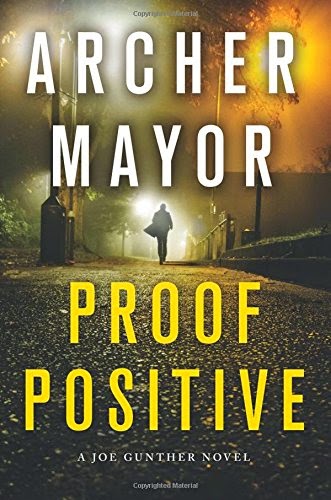 Medical examiner Beverly Hillstrom did as much for Ben as he would allow over the years. With the recent discovery by a burglar of Ben’s decomposing body in his home, Beverly isn’t really sure what happened to her first cousin. The Vermont State Police are handling the case. Having taken a look at the autopsy there are things that have her curious. Unfortunately, she does not have somebody like VBI agent Joe Gunther working for the state police. The good thing is she does have an increasing connection with Joe and he is willing to make a phone call. Another good thing is the fact that the lead investigator for the Virginia State Police, Owen Baern, is very open to Joe taking a look. That includes going out to the house and working their way into where Ben was found.

It does not take long before Joe and Owen realize this is not a simple case of a hoarder being crushed to death by his own stuff. Somebody else, besides the burglar who reported the body, was in the house at the time of the death or shortly before. Hoarders are always rumored to have high value treasures buried in their homes. Whether somebody else was going after rumors of wealth and killed Ben several weeks ago or somebody was specifically searching for materials connected to the exhibition of photographs Ben took during the Vietnam War is open to debate. Not only is it important to figure that out to bring Ben’s killer to justice, considering the fact that Beverly’s daughter, Rachel, was involved in getting the photographs displayed as part of a well-publicized art exhibit, she could be in danger if the photographs and other things she has been working with are the target of the killer or killers.

With a series that began in Open Season the latest in Joe Gunther series showcases the continuing evolution of the characters themselves as well as in their relationship to each other and society as a whole. This is a series that should definitely be read in order. It is not a static series where folks don’t age and change. Instead, it is one where those involved continue to change-- sometimes in large ways -- as folks in the real world do as events and situations occur. That life like aspect coupled with a solidly good mystery make Proof Positive: A Joe Gunther Novel” as well as the many other books in the series excellent reads.