The end is near for LAPD Detective Harry Bosch. He has less than a year to the end of his career and isn’t sure what the future holds. His latest case in the Open-Unsolved Unit (cold cases) features a victim who just died though he was shot over ten years ago. The bullet that ripped into Orlando Merced that fateful day did not kill him outright. Instead it lodged into his spinal column making him a paraplegic and a repeat customer of the medical system. 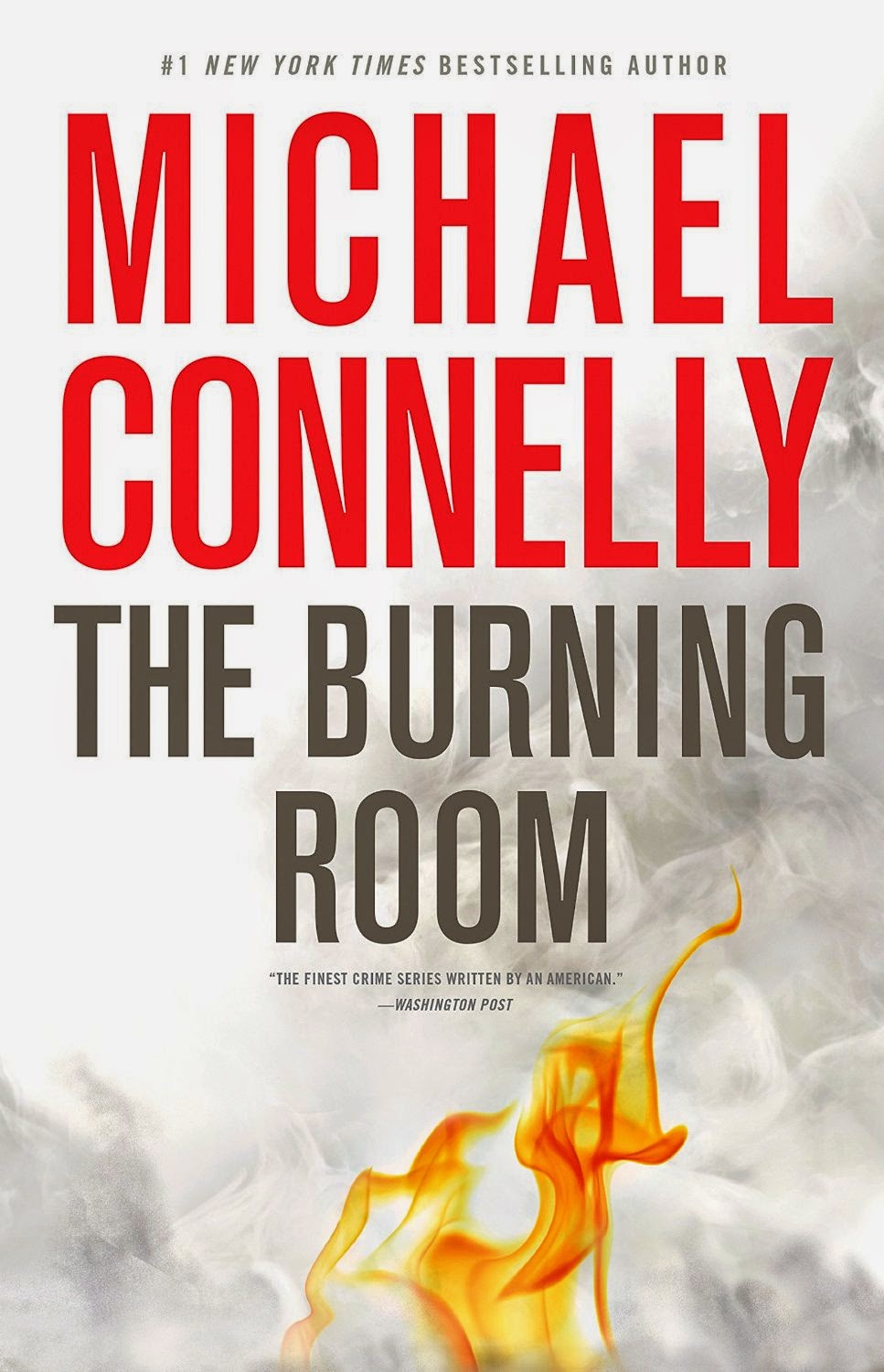 He also became a political cause for a certain mayoral candidate. While that candidate is no longer Mayor, politics is a major reason why Bosch and his new partner Lucy Soto got the case. Politics is also why Lucy Soto is paired with Bosch. That pairing and Bosch’s willingness to help his partner is why another case will take precedence for large sections of the book.

The latest in the long running series, The Burning Room is a complicated and yet fast moving read. While some have again criticized the evolution of the character and have claimed the author is phoning it in or has hired a team of ghost writers, neither is the case for those readers that are aware that the Bosch character has continued to evolve over 19 books. Inevitably those commenters seem to be longing for a book that appeared a decade or so ago and Bosch is now a far different character than he was then.

Life has happened and while Bosch still clearly feels moral outrage and disgust his actions in regards to both are considerable more subtle in recent reads than a decade ago. He is also not surprised by anything a politician does at this point in his long career that has shown him repeated examples of the worst of the human condition. Despite the usual richness in detail there is a clear distantness to the novel as Bosch begins to wind down a career he so clearly loves. A very good read in all aspects the book leaves the reader wondering what the future holds for the beloved character as well as his creator.

Material supplied by the good folks of the Plano Texas Public Library system who don’t care what I say in a review. They just want their book back.

I read all his first ones avidly, but had a few years out. I need to figure out where I stopped so I can pick up the thread and continue to read them in chronological order.

You could get away with just doing the last several if there are too many and you don't want to fool with it. Though your current plan would be best.

I will always be a Connelly fan, altho, like Maddy, I have not kept up. Kevin, this review has me anxious to renew my relationship with Harry before he retires.