Sheriff Dan Rhodes can’t remember it ever snowing in Blacklin County on Christmas. It certainly didn’t look like it would happen this year with day time temps in the upper 60’s and low 40’s at night. Typical weather for the area residents of the county located in East Texas, but not conducive to the postcard winter wonderland so many long for at this time of year. 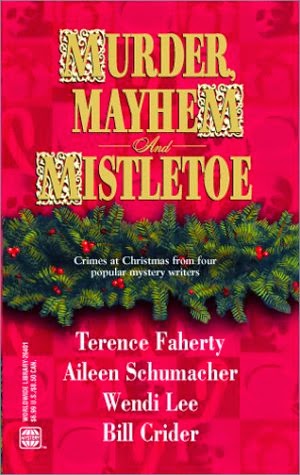 Like a lot of small Texan towns-- and elsewhere for that matter-- the downtown area of Clearview has a number of vacant buildings in various states of disrepair. Some of the vacant buildings are in very bad shape. Shoppers were drawn away to the nearby Wal-Mart or one of the big new grocery stores and local businesses closed leaving the buildings to decay and rot. City council member Jerri Laxton had been pushing plans to restore the grandeur of the downtown area.

One of her ideas was to get some of the local high school students to paint a mural on one of the walls of a downtown building. Some of the local religious leaders convinced all that in the spirit of the season the mural should be of a manger with a brilliant star hanging over it. Somebody else came up with the plan to have members of the local Baptist congregation play the parts of Joseph, Mary, wise men, and the shepherds with a doll standing in for the baby Jesus. After all, the risk with a real baby as part of the outside scene would be too high.

It was a very good thing that a doll was used because, according to Francis Blair, somebody stole baby Jesus. She is very upset that somebody would do that. She might be more upset if she knew there was a dead body in the alley behind the building.

While Rhodes never drinks a Dr. Pepper----though he does talk about it---- and he never eats any crackers, he does actively work the cases. Any Rhodes story is a good one and this one is no exception.  The novella The Empty Manger by Bill Crider is well worth the effort to get your hands on the book, Murder, Mayhem, And Mistletoe. Crider’s story is one of four novellas in the book that also contains works from Terence Faherty, Aileen Schumacher, and Wendi Lee.

I first heard of this story and the book when I saw mention of it on the Gravetapping Blog.  The book was not available at my local library. Unlike a lot of his older books, in this case, an e-book version was not possible according to the author. Instead, Bill sent me a copy of the book from his home library to read and review if I so desired. My plan is to read the other novellas and review them as well at some point in the future.