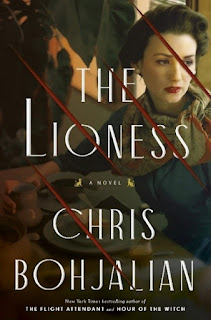 It’s the autumn of 1964 and Katie Barstow is a hot ticket in Hollywood. Everything she touches becomes box office gold, even the controversial movie in which she starred with a black man. She marries her brother’s childhood best friend and they honeymoon in Paris and then meet a group to go on a photography safari in the Serengeti. They include her brother and his pregnant wife, her publicist, her agent, her best friend and her husband, and the aforementioned black actor. Their chief safari guide led Ernest Hemingway on some of his African hunting trips. There are at least two dozen porters who carry their canvas bathtubs and who heat water for them every night so they can bathe, and they tote a generator to make ice for their gin and tonics. In short they leave Hollywood only to recreate the experience in the midst of a vast wilderness.

The Serengeti is in northern Tanzania, a country formed early in 1964 by the merger of Tanganyika and Zanzibar. To the west is the Congo where a bloody revolution had been ongoing for four years and in which the USSR was taking an active role. It seems to have never occurred to the group that a newly formed country next to a violent civil war might not be the safest place to be.

On the fourth day of their trip Russian terrorists overpower their guides and kill a few, taking everyone else prisoner. Their experience is narrated in nine different voices. Each of the nine sketches a quick background and how he or she came to be at that particular place at that particular time and then describes the present situation, advancing the plot. It can be hard to keep the names straight; I used the cast of characters in the front of the book more than once. The heading for each chapter is a breathless piece of fluff from a contemporary Hollywood gossip column about Katie and her companions, contrasting sharply with their current harsh reality.

The beauty, the danger, and the immensity of the land shine throughout the entire intense, violent narrative. The vivid and realistic depiction of the wildlife, predators and prey, is chilling. I will be checking for a hungry leopard lurking in the maple tree in my back yard the next time I step outside. An absorbing and hair-raising historical thriller.

Loved the review...certainly worth the read and Bohjalian is one of my favorites. So off I go to my independent book seller's store to buy....
Thanks for the review post...Cheers, Wil