Guest Post: Weaving in the Past by Judy Penz Sheluk

It has been awhile so please welcome back Judy Penz Sheluk……

Weaving in the Past by Judy Penz Sheluk 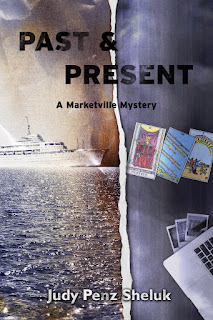 As a writer, I like to joke that everything that happens to me and everyone I meet is grist for the mill. The truth, however, isn’t far off, though I do take considerable poetic license. For example, in Skeletons in the Attic, I included a snippet about my protagonist, Callie Barnstable, getting dumped by her fiancé on Valentines Day, and went on to describe the card she’d spent hours picking out (two porcupines kissing, the message “I love you so much it hurts.”). In actual fact, I had been fifteen, madly in love, and half-expecting a promise ring. Instead, my knight in cheating armor called to say he couldn’t come over because he’d started “going around” with Camilla (last name omitted to protect the guilty).

Now, you might be thinking, “she’s still mooning over some guy from high school?” but it’s not that (though I’ll admit to taking perverse pleasure in naming one of my not-very-nice characters in The Hanged Man’s Noose, Camilla). Rather, it’s a way of taking random memories from the past, and weaving them into my fiction, because it’s those “two porcupines kissing card” moments that make a story come alive. Think about your favorite scene from any book, and I can almost guarantee it’s not the scene where the damsel’s in distress, or the bad guy gets his comeuppance. It’s a little tidbit that made you laugh out loud, shed a quiet tear, or a silent cheer. I think back to The Way We Were, an oldie but goodie starring Barbra Streisand (as Katie Morosky) and Robert Redford (as Hubbell Gardiner). That movie has a million magical moments, both heartwarming and heartbreaking, but it’s Katie asking Hubbell, “Why did you have to go back to Beekman Place?” that I remember most of all. One line, and yet, it spoke volumes.

The past took on new meaning for me when I began writing Past & Present, the sequel to Skeletons in the Attic. My mother, Anneliese Penz, had recently passed away after a lengthy battle with COPD, and in going through her closet I found an old leather train case. Inside were her 1952 passport issued in England, immigration papers from England to Canada on the T.S.S. Canberra, her mother’s death certificate, my birth certificate…the list goes on. 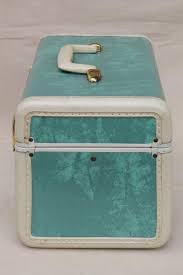 My mom never talked much about her life before moving to Toronto and marrying my father, and suddenly I had this “collection” of items from her past. The writer in me began doing research, starting with the Canadian Museum of Immigration at Pier 21 and a good friend who collected ocean liner memorabilia. Bit by bit, I started to imagine her journey, a young woman just twenty years old, and I began writing it down. It didn’t take long for my protagonist, Callie Barnstable, to take over and create a fictional story of a woman named Anneliese Prei who immigrated to Canada in 1952 and was murdered in 1956 at the age of twenty-four.

I like to think that my mother was with me in spirit while I wrote the story, and I’ve dedicated the book to her memory, and released it on the second anniversary of her death. I just wish I’d found that train case when she was still alive to talk about it.

Sometimes the past reaches out to the present...

It’s been thirteen months since Calamity (Callie) Barnstable inherited a house in Marketville under the condition that she search for the person who murdered her mother thirty years earlier. She solves the mystery, but what next? Unemployment? Another nine-to-five job in Toronto?

Callie decides to set down roots in Marketville, take the skills and knowledge she acquired over the past year, and start her own business: Past & Present Investigations.

It’s not long before Callie and her new business partner, best friend Chantelle Marchand, get their first client: a woman who wants to find out everything she can about her grandmother, Anneliese Prei, and how she came to a “bad end” in 1956. It sounds like a perfect first assignment. Except for one thing: Anneliese’s past winds its way into Callie’s present, and not in a manner anyone—least of all Callie—could have predicted.

Judy Penz Sheluk is the Amazon international bestselling author of the Glass Dolphin Mysteries and the Marketville Mysteries. Her short stories appear in several collections. Judy is also a member of Sisters in Crime International, Sisters in Crime – Guppies, Sisters in Crime – Toronto, International Thriller Writers, Inc., the South Simcoe Arts Council, the Short Mystery Fiction Society, and Crime Writers of Canada, where she serves on the Board of Directors, representing Toronto/Southwestern Ontario. Find her at www.judypenzsheluk.com.

Thanks for hosting me today, Kevin.

Thank you for being a part of things here again, Judy.

Finding your mother's train case and making the imaginative leap to Anneliese Prei's story was a terrific way to keep your emotional self involved in creation of that story, and it shines through on every page. A book written from the head never works quite that well. I for one are looking forward to more adventures from Past & Present Investigations. Good job, Judy! And thanks for hosting her, Kevin.

This sounds like a great story. Finding that case certainly opened up your imagination, and I think your mother would be pleased. As someone who loves Canada and stories linking past and present, I'll definitely put this on my TBR pile.

Thanks so much Susan! I hope you enjoy it.

I believe it's usually the 'little things' that inspire our imagination. Clearly, finding that case was a good example. Best wishes for the new book.

Thanks John. You're so right, we're always looking for big things, but it's the small things that often end up having the most impact.