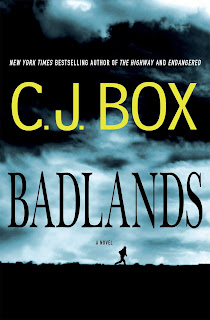 Day One of this thriller starts with a crash-bang, whipping the reader between North Dakota and North Carolina, propelling us, relentlessly, into a breathtaking tale of death, greed, and fear. Days Two, Three, and the rest keep us barreling along.

Cassie Dewell takes a new job and finds herself thrust into a place filled with nasty, brutish people, some of whom live short lives. Besides her tough new job as deputy sheriff in the aptly named town of Grimstad, she has other problems. She is maybe the only person who can identify a serial killer called the Lizard King, so she travels briefly to North Carolina to interview him. He attacks her in the interrogation room, tries to strangle her, and almost kills her. After she returns north, she learns there may not be enough evidence to keep him in jail. If there isn’t, she’s in a great deal of danger.

Meanwhile, back in the cold north winter, a twelve-year-old boy, Kyle Westergaard, is the one the reader fears for the most. He’s a true innocent, a bit slow mentally and unable to speak clearly. He rarely does speak and only a few people can understand him. But he knows everything that is going on. The trouble starts the day he sees too much on his early morning paper route, the worst route because it’s the farthest one out. When he sneaks over and picks up a bundle from the site of a car wreck, he becomes the unwitting target of rival factions who want that bundle, all of them vicious people.

The town of Grimstad is a real place and it did experience the oil boom described here, which serves as background and impetus for dirty deeds. The cold northern plains winter permeates these pages. You may have to read this with a sweater on. I hope you enjoy it as much as I did.

Reviewed by Kaye George, author of Requiem in Red, for Suspense Magazine