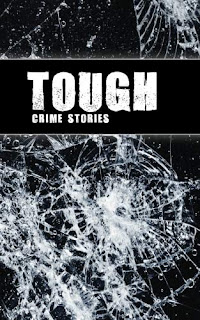 TOUGH: Crime Stories opens with “Texas Hot Flash” featuring police Officer Sunshine McCall. A day in the life of the officer who happens to be turning 40 with plenty to do and burdened by far too many memories.

Charlie is very much lost as “Night Drive” by JM Taylor begins. A nighttime drive to the pool at the college has gone horribly wrong. He is lost and in his wandering has come across somebody from his old high school class. She is on a street corner panhandling. She needs his help and one favor will lead to another.

Someone needing help is also a major point of the next story, “Lavina” by Richard Prosch. At one end of the duplex are Danny Parks and his girlfriend, Tammy. At the other end, there is Lavina and some guy she apparently lives with. Danny and Tammy never paid much attention to them until it became very clear Lavina need their help.

Our narrator is the owner of the oldest tattoo store in the Bay Area and lives with Megan who is a waitress. Each day is pretty much the same except for some artsy kid from the university. The kid keeps coming in to the tattoo shop more and more. Not only is he a bit different, he might be up to something in “St. Girard’s Ink Den” by Mark Rapacz.

Kachencko had spotted Jonas at the airport. That was a complication he didn’t need in “Detour” by Tom Andes. The clock is ticking and Kachenko has a mission to complete.

Francie is supposed to be marrying Nattie though, at the moment with his waving around of the gun and the white powder around his nostrils, he really isn’t displaying model behavior for a potential husband. In “Kennick” by Nelson Stanley, Kennick deals with his cousin’s future husband as best is he can.

Mantra’s dad used to talk about how a man needs to know himself. Mantra lives by that principal and does in “Working Overtime” by Matt Phillips. He would also argue that one needs to know others as well. Mantra, a cop, knows what is happening in his city as well as what is going on in a certain bungalow in Palm Springs. Things have to be dealt with one way or another.

James and Harlan had a great plan in “And they Shall Take Up Serpents” by Chris McGinley. The first part of their most excellent plan was to borrow the church van used by their preacher. The same preacher who likes to use snakes in his services. They really should have thought more about the snake issue.

Being a waiter at Shenanigans on a Friday evening as happy hour rages on into the night is not a lot of fun. Rob knows he is about to get screwed as the party of ten sits down in “run, Jennifer” by Doungjai Gam. He has dealt with the group before and they always leave a crappy tip. The only person in the group he likes is Jennifer.  The usual crappy tip from the group will be the least of the problems on this night.

While nobody has seen Carmen Sloane for five years now, everyone in the neighborhood has seen her husband, Tom. He always makes a major point of talking about her. What happened to Carmen is the point of “Love-Honor- Cherish” by J. D. Graves. A husband has a duty to make his wife happy. 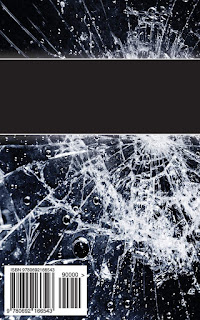 Chess did his time and now is back home. Amir acts like they are fine and all, but Chess senses that Amir is suspicious. Considering that Chess went to prison and kept his mouth shut, Amir should be grateful in “Doubt Thou the Stars Are Fire” by S. A. Crosby.

Stan blew up his old life and is dealing with the aftermath in “Blood Daughter” by Matthew Lyons. That includes trying to stay in touch with his daughter, Cassie, despite the interference by his ex, Melinda. He may need to move forward by replacing his family a piece at a time.

Katie knows what is coming so now all she can do is “Leave The World a Better Place” by Tom Barlow. She does. One shot at a time.

The final story is an “opening excerpt” titled “Ruby Behemoth” by Court Merrigan. Ivy was supposed to pick up Ruby Hix when she stepped out from the Women’s Penitentiary in Chowchilla, California. She didn’t. That will be dealt with latter as Ruby has errands to run and people to see.

The stories in TOUGH: Crime Stories cover a broad spectrum in crime fiction. In a couple of cases the stories tend more towards the horror genre than crime fiction. In most of the cases, the situations the characters face are extreme violence or day to day drudgery as whatever promise they had, if any, was never fulfilled. These tales don’t feature kittens, balloons, or happy time thoughts---unless serious drugs are involved. These are stories of lives coming apart at the seams or lives dying a slow death in the day to day drudgery of just getting through the day. Not an easy read and certainly not for all readers, the stories in TOUGH: Crime Stories all showcase the idea that noir can come in many different flavors.

ARC PDF supplied by Editor Rusty Barnes with no expectation of a review.

Thanks Kevin. You're very kind.

Enjoyed it. Glad to say so.