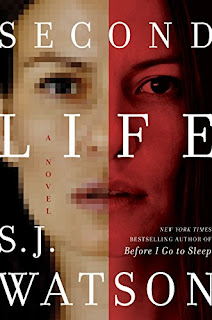 This racy, tense suspense novel is set in England and fraught with nerve-wracking suspense. Make sure the edge of your seat is in good shape because it’ll get a good workout.

Julia Plummer is part of a tangled family web that fills her with regret, guilt, and sadness, and that’s before she learns of her sister Kate’s death in Paris. She and her husband are raising Kate’s son, fourteen-year-old Connor, and have had him since he was very young, due to Kate’s dissolute, unorganized lifestyle. As children, they were left to fend for themselves and Julia, the older sister, was always there for Kate. Until she had run away to Berlin while Kate was still young. Until she took her son from her. Until, she feels, she left her to die without her big sister.

Now, Julia wants to make up for everything and find Kate’s killer. Exploring the online dating site Kate had been using before her murder, has unintended consequences. Julia tries to pull away, but is lured by dark urges. She sinks deeper into a situation that she knows she should put a stop to, but is powerless. She’s losing sight of what she needs to do to protect Connor, her husband, and herself. Buried secrets of the past can’t stay buried now, she realizes.

This edgy mystery will keep you guessing and reading, and guessing again, well into the night.


Reviewed by Kaye George, Author of Requiem in Red, for Suspense Magazine